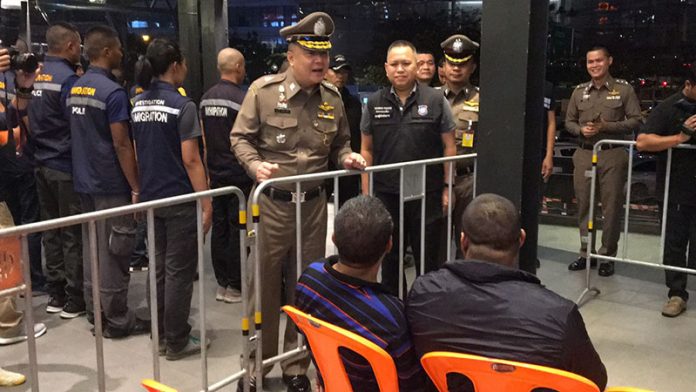 Immigration police said early Friday they had arrested almost 500 foreigners this month as part of an operation to improve election security.

Immigration deputy police chief Maj. Gen. Itthipol Itthisaronnachai said the 490 people paraded at 1am today in front of The Street Ratchada mall and apprehended mostly for visa-related offenses, were arrested with the security of Sunday’s general election in mind.

“As you know, this is the period right before the elections. The Royal Thai Police has been ordered to implement the [X-Ray Outlaw Foreigner],” Itthipol said, referring to an operation credited with taking more than 8,400 foreign nationals off the streets since 2017, making this the 46th raid.

Most of the arrested, 338, were charged with illegal entry into Thailand. Fourteen were arrested for overstaying their visa, including Indian, Vietnamese, Laotian, Cameroonian, Cambodian, Swiss and American nationals. The remaining 138 were arrested for various other suspected offenses.

Itthipol added that the operation targets “foreigners who have entered the country under the guise of tourists to commit international crimes and crimes that affect the stability and image of Thai tourism.”

“X-Ray Outlaw Foreigner,” which evolved from “Operation Black Eagle” – an operation that targeted “colored people” – was previously spearheaded by now-Immigration Bureau Police Commander Lt. Gen. Surachate “Big Joke” Hakparn, but has since been handed off to Itthipol.

Police were deployed to polling stations nationwide last weekend to monitor security during early elections, and are expected to do the same for Sunday’s vote. 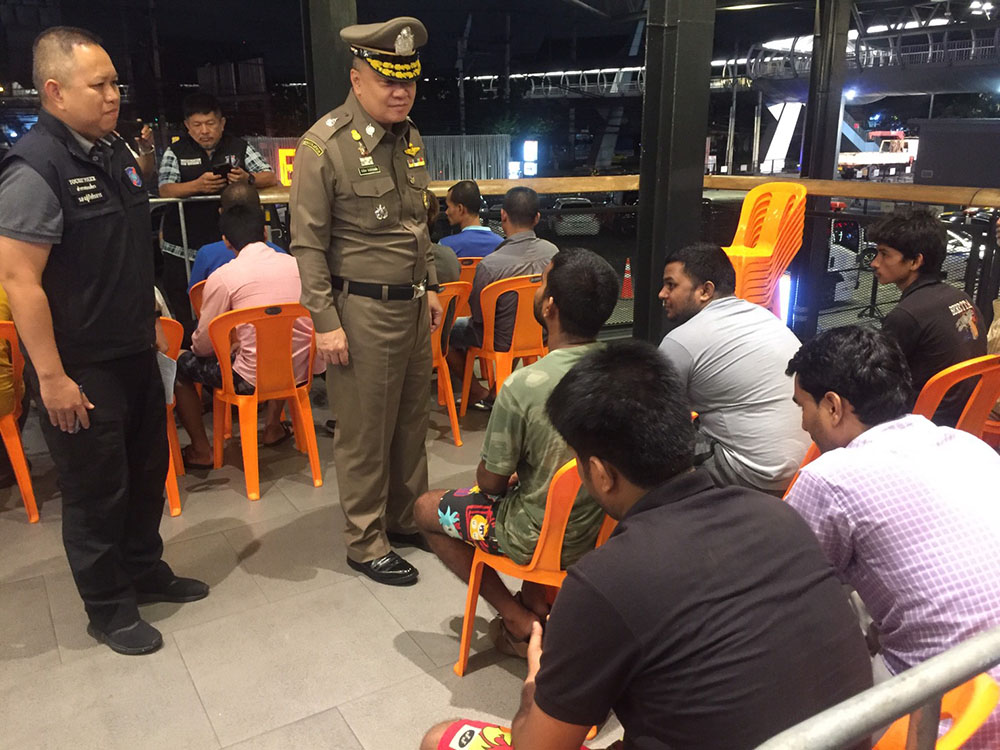 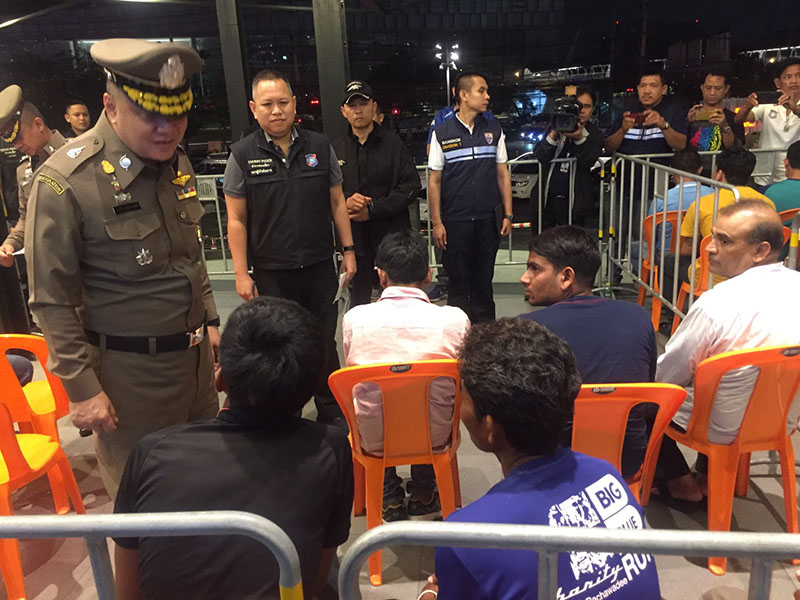 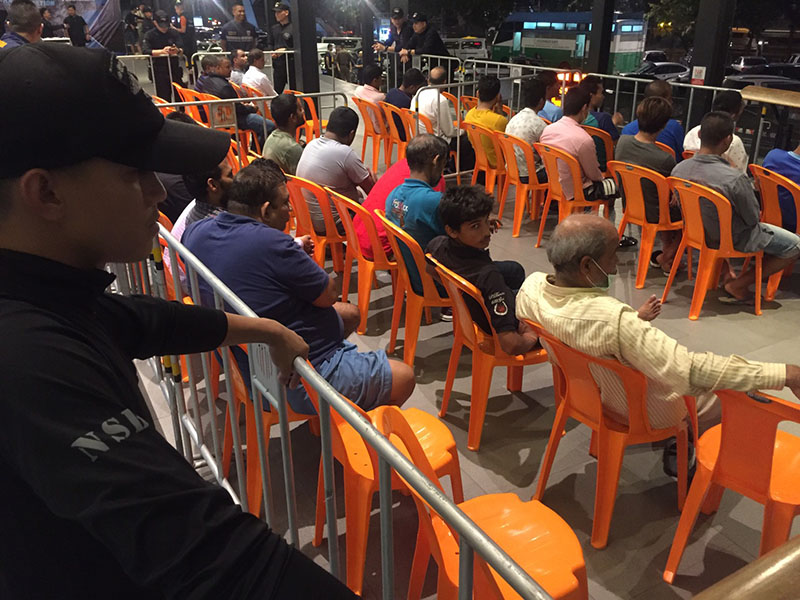 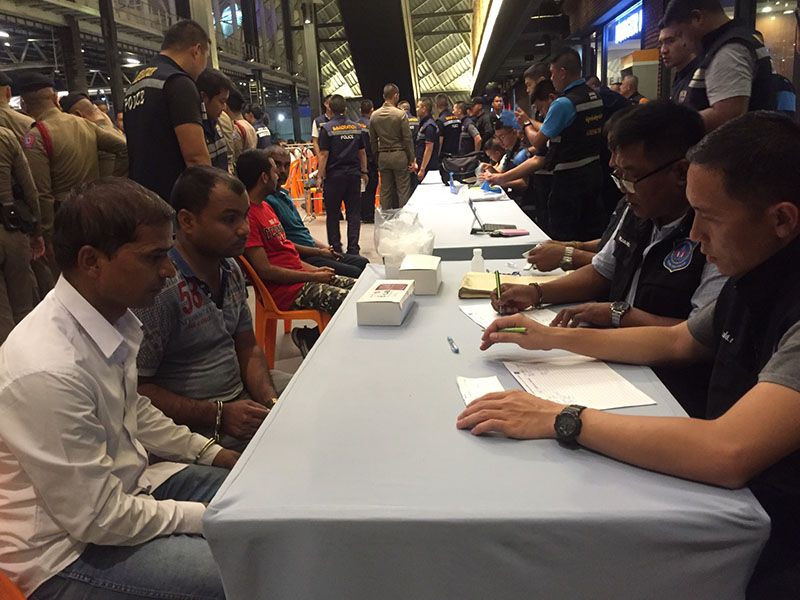 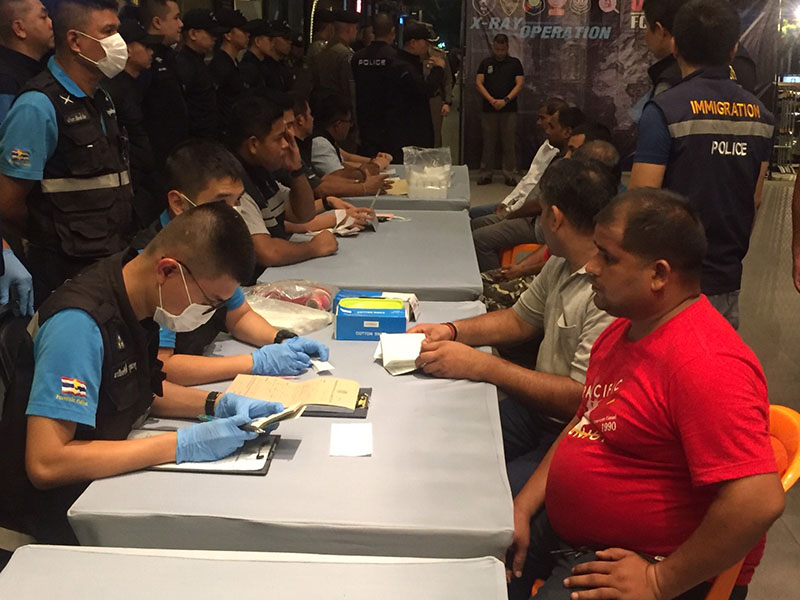