Home » Endless lockdown is no joke 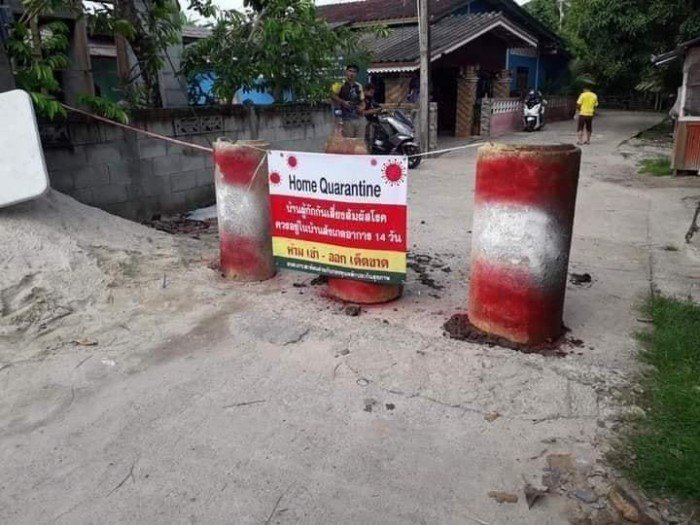 Before the Beta-variant finding, Koh Sathon had already been hit with three crippling lockdowns; however, this latest round of measures is by far the most drastic.

What were initially murmurs of complaint among residents have turned to outright resentment as vital supplies have become harder and harder to come by.

They have complained about their desperate situation to local authorities and even solicited food donations. However, locals maintain there is still far from enough food to go round.

Baby formula is also in short supply while adults have had to skip lunch and boil porridge for their meals to make household stocks of rice last.

Mother of six Lalana Sumae said she and other residents are in dire straits with many no longer having an income to rely on after business cutbacks and closures.

Traders are barred from entering the tambon to sell rice and other foods.

Traditionally, many Koh Sathon residents farm rice and sell their labour outside the tambon. The lockdown has ground all economic activity to a halt.

Paddy rice cannot be de-husked at the moment because millers are prevented from entering the villages because of the lockdown.

“If we were able to sell our rice even in meagre amounts, we would have some money to buy food or even nappies for little ones. Now, we have nothing,” Ms Lalana said.

“I can’t imagine how much more we will suffer if this lockdown doesn’t end soon,” she added.

With the youngest of her children being only two years old, hers is one of the worst-hit families in Koh Sathon.

Her family has received two rounds of food donations from local authorities so far.

The first donation consisted of 14 cans of fish, 10kg of rice, 10 packs of instant noodles, 1kg of cooking oil, 2kg of sugar and one bottle of fish sauce.

For the second donation, she was given 1kg of sugar, 1kg of cooking oil, five cans of fish and 5kg of rice.

As she has many mouths to feed, the supplies ran out quickly. Her family has resorted to cooking boiled rice to make what little they have left last as long as possible.

“We only eat breakfast and dinner now; no lunch. I don’t know what else to do,” Ms Lalana said.

“My youngest is hungry and cries himself to sleep every night,” she added.

Ms Lalana said she hasn’t paid her electricity bill for the last two months as she struggles even to put food on the table. “I’m down to my last 10 baht,” she said.

Only the sick can leave Koh Sathon. Residents can order essential items from outside to be delivered. However, shopping is out of the question when many are penniless and destitute. It is not known how much longer authorities intend keeping the lockdown in place.

Yaena Lalaemae, a women and children’s rights activist, said the lockdown has seen desperation levels soar as people have been forced to live from hand to mouth.

According to Ms Yaena, only half the area’s nine villages and 2200 families have received any relief at all, and there are also 300 families living in unregistered homes which may be hindering their efforts to secure assistance.

She said some had asked the military and MPs in their constituencies for assistance only to be told that supplies were limited.

The Southern Border Provinces Administrative Centre (SBPAC) is among those to have recognised their plight and has donated food to the residents of Koh Sathon via Ms Yaena.

Kanokrat Kuejij, assistant secretary-general of the SBPAC, said the centre was aware of the plight of residents and has given donations over the past four days. 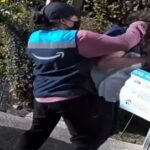 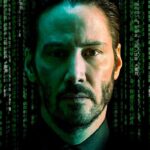