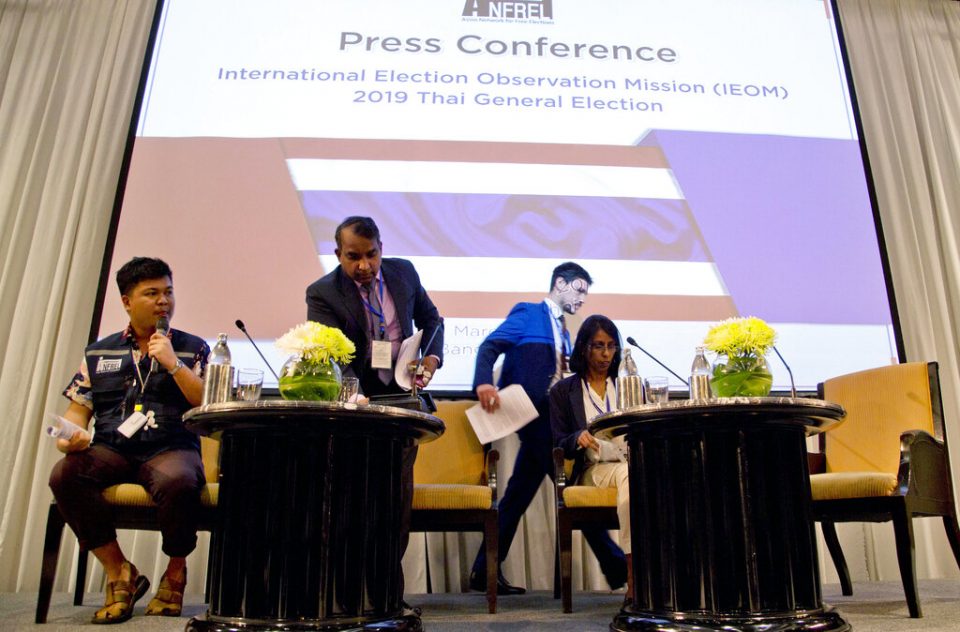 A group of international observers criticized vote counting in Thailand’s first election since a 2014 military coup, saying Tuesday that the “tabulation and consolidation of ballots were deeply flawed” though it had no reason to believe the issues affected overall results.

The Asian Network for Free Elections said the announcement of some preliminary results that were “wildly inaccurate” damaged the “perceived integrity of the general election.” The group, also known by its acronym Anfrel, is one of several observer groups that have raised concerns about Sunday’s vote, which in part pitted a party allied with the ruling junta against the party that led the government it ousted.

Thailand’s Election Commission, appointed by the junta’s hand-picked legislature, has already defended its count, which is still in its preliminary stages. It blamed any issues on the failure of the media to keep up with the raw data. After delaying the release of the full vote count on election night and then again on Monday, the commission has now said it will release its final preliminary results on Friday. Official results are not expected until May.

The incomplete results reported so far show the anti-junta Pheu Thai party won the most seats, while the military-backed Palang Pracharath party appeared to have received the most votes. Both say those results mean they have a mandate to form the next government.

Those dueling claims as well as the concerns about irregularities highlight continuing deep divisions in Thailand and indicate that Southeast Asia’s second-largest economy is no closer to escaping its long period of political instability.

Allegations of electoral fraud have been spreading on social media, where trending terms on Twitter the day after the vote included “ECBusted” and “CheatingElection19.”

Amael Vier, Anfrel’s program officer for capacity building and international elections, said at a news conference that a lack of outside access to the vote count was the main reason it was flawed.

“Because we did not have access, we did not really have an understanding of the process and that in itself is a flaw in the democratic process,” Vier said. “You may have the best-managed election in the world but if people can’t see it, or don’t believe in it, it’s not a perfect election.”

Anfrel’s 12-page report made no specific mention of social media allegations such as the number of ballots exceeding voters in some areas, and turnouts said to be twice the number of registered voters. Its most serious criticism concerned the legal framework under which the election took place.

The United States hailed the vote as demonstrating Thais’ support for a return to elected government and called for the expedited announcement of results. “The vote, robust media coverage of the process and open debate of its merits are positive signs for a return to a democratic government that reflects the will of the people,” State Department deputy spokesman Robert Palladino said in a statement.

The European Union said it looks forward to the timely announcement of election results, and called for “any reported irregularities to be solved swiftly and transparently.”

Since the coup, the junta has used the absolute power it granted itself to go about rewriting the country’s laws, including commissioning a new constitution and creating an electoral system that severely handicaps parties without links to the military. Until shortly before the election, political parties were banned from all activities, including holding meetings.

Under the new rules, an unelected 250-member Senate appointed by the junta will join the 500 elected members of the lower house in a vote for prime minister, meaning a party without Senate support would have to get the support of 376 house members to ensure its choice becomes premier.

The vote for prime minister will likely take place sometime in May and give Palang Pracharath’s candidate, current junta leader and Prime Minister Prayuth Chan-ocha, a considerable advantage.

Anfrel said such rules meant Thailand would have “a form of guided democracy rather than a fully fledged democracy,” though it acknowledged the election was a step toward “genuine popular representation in governmental affairs.”

Another group, We Watch, said it sent 4,000 observers to 72 provinces. It released a statement Tuesday noting it had “many doubts” related to the transparency of the vote count.

Another Thai watchdog group, the People’s Election Network, raised similar concerns and concluded, “this election is not yet adequately free and fair.”

The election is the latest chapter in a nearly two-decade struggle pitching conservative forces including the military, courts and ultra-royalists against the political machine of former Prime Minister Thaksin Shinawatra, a tycoon who upended tradition-bound Thai politics with a populist political revolution and is now despised by the military and lives in exile to avoid a prison sentence.

Prayuth spoke to the media Tuesday for the first time since the election, though he refused to take any questions. He said he was not yet trying to form a new government and instead would focus on his work as prime minister and junta leader until there was a “new government legally under the constitution.”

Prayuth, who led the coup that overthrew the last elected government and tore up the previous constitution, said everything was going as mandated by the new charter, which he noted had been approved in a referendum. 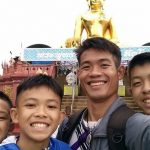