Tornados in the southern Philippines, tropical storms ravaging landlocked Laos, these are just a few of the severe weather aberrations happening across Southeast Asia right now.

According to risk analysts Verisk Maplecroft, these extreme weather events are likely to continue in the future given the impact of climate change and modern living environments.

A tornado swept through a coastal village in the Philippines on Sunday evening, toppling trees and tearing roofs that injured two people, police and disaster officials said.

Over 300 people fled to the village covered court as the whirlwind streaked across several communities in Barangay (Village) Lapu-lapu in Agdao district shortly after 8:45 p.m., according to Chief Inspector Milgrace Driz, spokesperson of the Southern Mindanao police regional office.

It was the latest severe weather anomaly to hit the country after Tropical Storm Josie passed over parts of the Philippines this past weekend killing 5 people with six more missing.

In Laos, Khammuan and Borikhamxay provincial authorities have warned villagers living along rivers to be on alert of possible flooding after tropical storm Son-tinh lashed northern and central provinces.

Flooding triggered by the same tropical storm over Laos affected 13 Thai provinces and 2,369 families between July 17 and 22, the Thai Department of Disaster Prevention and Mitigation said on Sunday.

Heavy rain triggered by Typhoon Sơn Tinh has left 19 dead, 13 missing and 17 others injured in northern and north-central provinces of Vietnam.

The UN has warned that “extreme weather events are set to occur more frequently” due to warming global temperatures.

Stanford researchers, who published their work in the journal Science Advances, analyzed the likelihood of warm, dry, and excessively rainy periods in the coming years, all of which are already exacerbated by rising global temperatures and sea levels.

“Even if this better level were achieved , we would still be living in a climate with a much greater likelihood of unprecedented events than today”, says Noah Diffenbaugh of the Stanford Woods Institute for the Environment.

About 90% of North America, Europe, East Asia and the tropics “would see a marked increase in the risk of record heat, rainfall and/or drought.”

Verisk Maplecroft say that an estimated USD$300 billion is lost every year due to heat stress and climate change.

According to their data, “Southeast Asia” is the region set to experience the greatest loss in labour capacity due to heat stress, with a projected 16% decrease by 2045. Singapore faces the greatest potential decline with a projected 25% decrease, followed by Malaysia (24%), Indonesia (21%) and the Philippines (16%).

As the United Nations states, “adaptation to the inevitable impacts of climate change – which under the UN Framework Convention on Climate Change is already politically on the same footing as reducing greenhouse gas emissions – will doubtless become increasingly important over the coming years.” 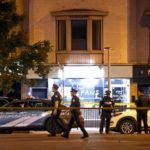