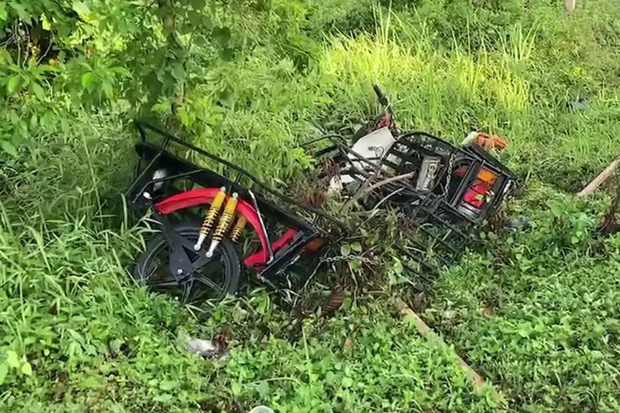 An elderly man was killed after a motorcycle sidecar he was driving was hit from behind by a pickup in Phrom Khiri district on Sunday morning.

Police and rescuers found at the scene the mutilated body of Nikorn Santhamit, 77, from Phrom Khiri district, lying on the road – with the left leg cut off. The motorcycle sidecar was badly damaged.

Eyewitnesses told police that Nikorn was driving his motorcycle sidecar along the road, heading for his rubber plantation nearby, when a pickup rammed into his vehicle from behind and dragged it further for about 50 metres. Nikorn was run over and killed.

The driver of the pickup fled the scene.

Police were looking for the driver for legal action. 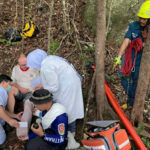