A father who says he has been plagued with wind since he ate a ham sandwich five years ago is now taking legal action.

Tyrone Prades, 46, claims that since he ate the roll at a Christmas market in 2017, his life has never been the same and he now suffers with flatulence so badly that it wakes him up at night.

Mr Prades, from Wiltshire, is suing the company who operated the stall for over £200,000.

He says that hours after eating the sandwich at the event in Birmingham, he felt unwell with a tummy ache.

This led to such a severe illness including fever and diarrhoea that he was laid up in bed for five weeks, his lawyers told the High Court.

Flooring company boss Mr Prades believes he contracted salmonella from the stall, and claims others who ate there were also infected.

His lawyer, Robert Parkin, said: ‘The claimant continues to suffer from excessive flatulence, which causes him a great deal of embarrassment.

‘The symptoms are, primarily, fatigue and altered bowel function associated with “churning” within his abdomen and flatulence.

‘The claimant’s stomach continues to make frequent churning noises to the extent his sleep can become disrupted.

‘The extent of the symptoms has been life-changing.’

He said that there was a Public Health England investigation leading to the stall being closed and deep cleaned.

‘A total of 16 people in three groups complained of similar symptoms after eating at the stall,’ he says.

He said that two cases of salmonellosis were confirmed as originating at the stall between 9 and 11 December 2017.

Mr Prades alleges the company was negligent in supplying a contaminated bap, having failed to have sufficient hygiene measures in place.

‘It is plain that a foodstuff which is contaminated in the manner the bap was was not one which was suitable for human consumption,’ he says.

Environmental health operators found e.coli on a knife at the stall but no evidence of salmonella.

But operator Frankfurt Christmas Market Ltd denies blame, with its barrister Philip Davy saying Mr Prades had not claimed to suffer from e.coli.

‘The allegation the bap was contaminated with salmonella bacteria is not admitted and must be proved,’ Mr Davy said.

The company is also disputing the size of the claim.

The case is now set to go for trial at a later date. 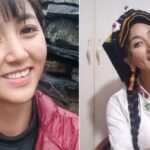 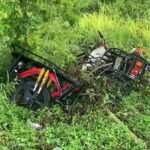