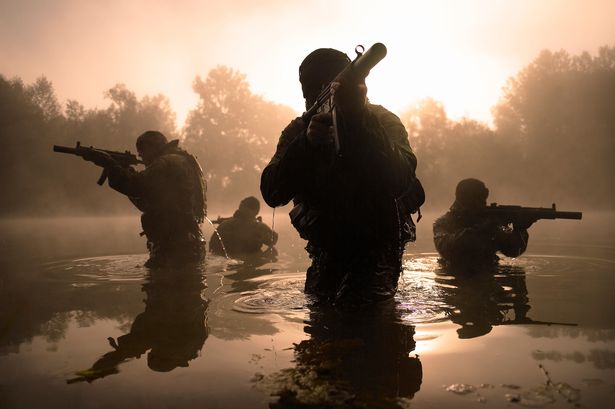 EIGHT elite British soldiers reportedly fought off at least 100 ISIS jihadis in a six-hour battle to save a family in Afghanistan.

The Special Boat Service (SBS) patrol team had gone to help an Afghan family after their car was blown up by a homemade bomb.

The heroic British troops refused to abandon the family after seeing one adult had been killed and a young girl was badly hurt.

But as they treated the girl, the patrol reportedly came under attack from ISIS extremists.

The men were forced to withdraw to an abandoned compound and they fought off the jihadis for a gruelling six hours.

“The one chance the SBS guys had was to last until nightfall and then they would have the advantage because of their night-vision equipment,” a source told the paper.

When they had cover of darkness, the elite British troops tricked the ISIS jihadis into thinking they were in another position.

The patrol team then reportedly fled to safety along with the injured girl who made a full recovery.

The SBS troops had been on a joint patrol with Afghan special forces in eastern Afghanistan when they were ambushed.

It is not known exactly when this daring rescue took place.

The Special Boat Service has carried out a series of operations in Afghanistan, starting not long after the 9/11 attacks in 2001.

For 13 years, between 2001 and 2014, the UK was involved in the conflict in Afghanistan against the Taliban and fighters from Al-Qaeda.

By 2014, the UK had withdrawn almost all of its combat troops from the country.

But hundreds have been sent back over the past year after Donald Trump and Nato asked allies to send more soldiers to the country to combat the terror threat.

There are currently nearly 1,000 UK troops deployed in Afghanistan.

ISIS appeared in Afghanistan shortly after the group’s core fighters swept across Syria and Iraq in the summer of 2014, carving out a base in about one-third of both countries.

But the terror group is now expanding its footprint in Afghanistan “with thousands and thousands” of fighters after losing its so-called caliphate in Syria and Iraq.

Today, ISIS in Afghanistan has many fighters from Central Asia but also from Arab countries, Chechnya, India and Bangladesh, as well as ethnic Uighurs from China.
A US intelligence official based in Afghanistan told The Associated Press that a recent wave of attacks in the capital, Kabul, were “practice runs” for even bigger assaults in Europe and the US.
“This group is the most near-term threat to our homelands from Afghanistan,” the official said on condition of anonymity, adding that ISIS’s “core mandate” was to conduct “external attacks”.
“That is their goal. It’s just a matter of time,” he said. “It is very scary.”

Who are the Special Boat Service?

The Special Boat Service mainly recruits from the Royal Marines – a part of the military already considered by most to be an elite force.

Despite its secretive nature, the SBS began during WWII as a specialist Army unit trained to undertake difficult amphibious operations.

Its primary role of the SBS is to gather data regarding targets, ascertain the direction of naval artillery fire, and to counter terrorism.

In the service’s infancy, men would paddle ashore on small boats launched from subs to sabotage enemy rail and communication lines.

They would also plant mines on enemy ships, using their ability to work undercover and utilize the crucial element of surprise.

The SBS still plays an active, although a very secretive, role in military operations and most recently served in both Afghanistan and Iraq. 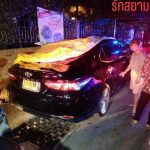