Acknowledging that Thailand’s status for human-trafficking has remained at Tier 2 for two years running, Prime Minister General Prayut Chan-o-cha vowed on Tuesday to implement measures that will help improve the Kingdom’s ranking next year.

“We are still at Tier 2, but our status as this rank has to be ‘unlocked’ and to do that we must speedily proceed with law enforcement and related penalties. As for state officials who are allegedly involved in human trafficking, I have already issued a policy for them. No matter which agency they come from, they will be dismissed immediately from civil service and they can defend themselves in court later. I will not be lenient on this matter,” the PM told reporters after the Cabinet meeting at Government House on Tuesday.

Natthaporn Chatusripitak, spokesperson for the deputy PM overseeing the economy, told reporters that the Cabinet acknowledged the US Trafficking in Persons (TIP) Report issued on June 20, in which Thailand remained at Tier 2 along with Singapore and Indonesia.

The US ranked 187 countries in its TIP Report this year in relation to their efforts to combat human trafficking.

Natthaporn said the Social Development and Human Security Ministry believes several factors may have contributed to Thailand’s ranking remaining unchanged, namely the fact that the cases in which human traffickers were prosecuted and convicted were too few and that only 43 labour-trafficking cases had gone to court over the past year.

The ministry added that corruption among state officials and the limits imposed on trafficking victims at state shelters are also dampening the country’s bid to curb human trafficking. Also, it said, Thai officials are still unable to effectively identify human-trafficking, especially labour-trafficking, cases from other crimes.

Natthaporn said the US has also advised Thailand to boost its law-enforcement measures to more proactively prosecute and convict traffickers and implement a more efficient way of identifying victims. Punishment for traffickers should be adequate, and the state shelters should boost public confidence in the fact that the victims are getting proper care, both physically and mentally, and are being given access to legal assistance.

He said the Social Development and Human Security Ministry will soon be holding a meeting with the Human Trafficking Prevention and Suppression Committee to discuss US government’s advice, and will give key agencies the task of implementing appropriate measures in line with each point. The recommendations in the TIP Report will also be used in following up on the work progress and will be integrated in Thailand’s 2020 report on anti-human trafficking measures, Natthaporn added. 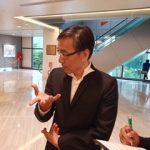 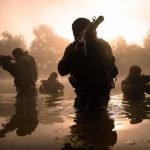