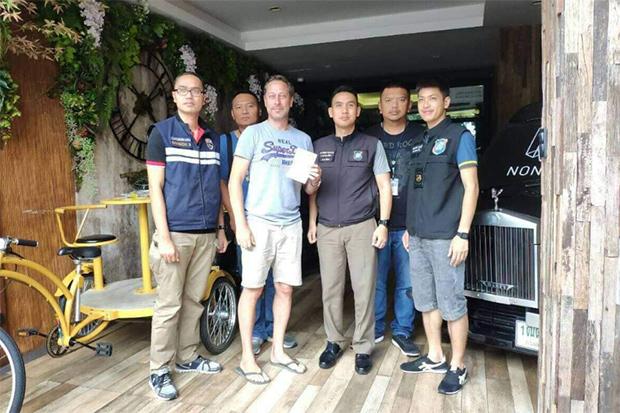 Dutch tourist reported missing: A male tourist from the Netherlands reported missing on Koh Tao by his father has been found safe and sound in Pattaya, the police chief of this southern province said on Sunday.

A search was launched for the Dutchman, identified as Dennis Wielaard, 45, after his father Hans posted on Facebook that he had lost contact with his son, who was last known to be on Koh Tao, since Oct 14.

The father said in his post that his son was scheduled to arrive in Thailand on Sept 24 and to return to his home country on Oct 15. Fearing for his safety, the father asked for help finding him.

On Sunday morning, however, Pol Maj Gen Apichart said he was informed by Pattaya police that the “missing” Dutchman is in fact alive and well and staying in a hotel in Pattaya.

Pol Col Wanchana Bowornboon, the Surat Thani immigration police chief, said colleagues in Chon Buri found Dennis Wielaard staying at Nonze Hotel in Pattaya. He arrived in Thailand on Sept 25 and stayed in a Bangkok hotel before leaving for Chiang Mai on Oct 10.

“He arrived in Pattaya, Chon Buri, on Oct 14 and was to check out from Nonze Hotel on Oct 22. The Pattaya immigration police questioned him and learned that he had never been to Surat Thani or Koh Tao island. He had only told friends that he wanted to go. The Dutch embassy, his father and his relatives will be informed about this,” he said.

The fake ‘missing person’ report followed what police call a fake rape claim on Koh Tao. On Sunday, Koh Tao resident Jakrapan Kaewkhao said on his Facebook page that the story about Dennis Wielaard going missing had prompted a well-known webpage, operated by a Thai abroad, to renew attacks on Koh Tao’s reputation.