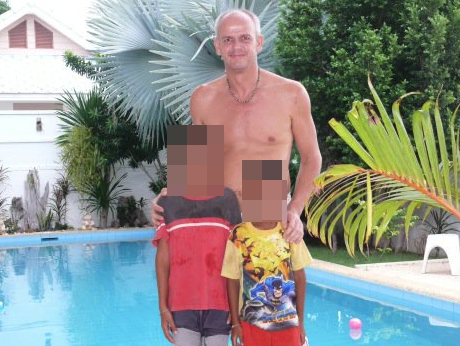 A Dutch national has been arrested at his home in Hua Hin suspected of sexually abusing children under the age of 15 years old.

Thailand’s Department of Special Investigations officers, alongside a representative from The Embassy of the Netherlands, raided a house in Hua Hin on Sunday and arrested Dutch alleged serial pedophile Reinold Klunder on child molestation charges.

DSI’s deputy chief, Pol. Col. Songsak Raksaksakul, led a press conference yesterday to share the news, stating that they acted on a request from the Dutch government that Klunder be arrested since he was wanted in his home country for sexually abusing children under the age of 15, reported Thai PBS.

Pol. Col. Songsak said that the Thai officers conducted their own investigation and became aware of enough evidence to arrest Klunder and moved forward on Sunday after getting an arrest warrant.

There were also sex toys in the house and bedding on the premises stained with what is suspected to be semen. A 10-year-old Thai boy was present in the home at the time of the raid.

TNN Thailand wrote that the man allegedly lured young Thai boys to his home by plying them with snacks and letting them swim in his pool. He would then sexually assault them and make videos that he allegedly distributed in a pedophile community.

Thaivisa reported that Klunder, who was a real estate worker and musician in Hua Hin, had another young boy show up at his home as he was being arrested. 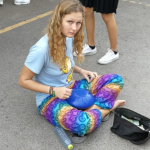 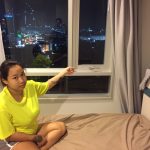