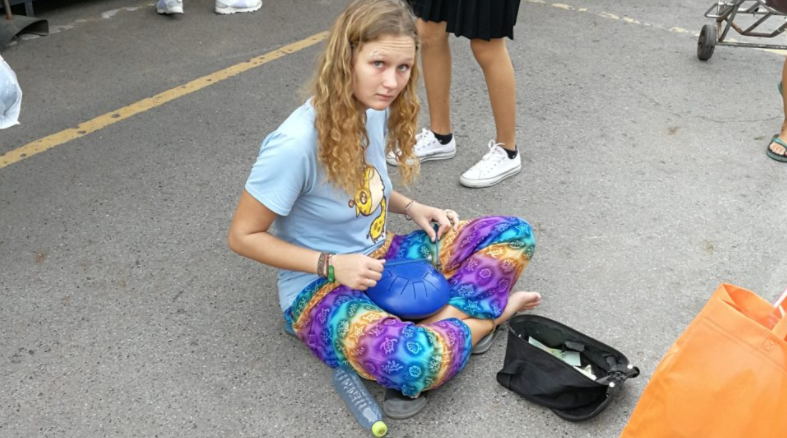 It seems to be becoming more frequent as another young Russian female bag-packer is spotted in a popular Bangkok market place.

As we were wandering around Chatuchak Market on Sunday, we came upon an unusual site, a begpacker that had set up shop in the middle of a crowded walkway to solicit donations for her travels.

Begpackers, slang for western backpackers that come to Southeast Asia and beg for money to continue traveling without working, are becoming more and more common, but it’s rare to see one in a well-patrolled place like the weekend market. In fact, we’d never seen a beggar of any kind in the market before this.

This young woman  is far from the most offensive of the begpacker lot. After all, Thailand’s seen a family of begpackers, dubbed the ‘begpacker brood;’ a begpacker that started a GoFundMe cause he was too lazy to hit the streets; and, of course, the notorious big-legged beggar Benjamin Holst, aka the most hated German in Thailand, who has been banned from the country.

This traveler, decked out in basic backpacker gear of baggy rainbow pants, flip-flops, and string bracelets, was banging out a beat on a hang (an instrument that shares qualities with both a xylophone and a steel drum), ostensibly as a reason people should give her money. Thai passersby stopped to watch, take pictures, and make videos of the odd sight.

When Coconuts approached her, she did not want to share her name but said she was from Russia and was raising money to continue her travels.

At about 3pm, she appeared to have about THB500 in her black case in small notes. Not too bad for a day’s non-work. 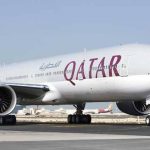 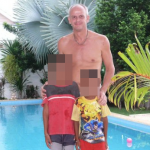