The Department of Special Investigation (DSI) is confident it can wrap up the cases in which Panthongtae Shinawatra and three others are accused of laundering money in connection with the Krungthai Bank (KTB) loan scandal before the statute of limitation expires next year.

DSI chief Paisit Wongmuang said Wednesday that Mr Panthongtae has contacted the department to say he was bringing in additional documents to rebut the charge against him. However, the son of ousted former prime minister Thaksin Shinawatra has not yet fixed a time to see the DSI. Pol Col Paisit said the investigation was continuing in the meantime. Despite having to wait for more evidence from the accused, the case will be concluded before the statute of limitations expires in the middle of next year, he said. All four suspects have been summoned by the DSI to hear the money-laundering charges. Earlier, additional information was submitted by the Anti-Money Laundering Office (Amlo), which lodged a complaint with the DSI accusing the four of laundering money by receiving cheques tied to the loans.

They allegedly received part of a fraudulent KTB loan worth 9.9 billion baht. The bank extended loans to subsidiaries of the Krisdamahanakorn (KMN) real-estate company during Thaksin’s time in office. Mr Panthongtae’s lawyer petitioned the DSI asking it not to press money laundering charges against his client. The lawyer said Mr Panthongtae was not aware the 10-million-baht cheque he received from KMN owner Wichai Krisdathanon was part of the dubious KTB loan, and he had no intention of concealing the money. Meanwhile, the DSI’s special case committee chaired by Deputy Prime Minister Wissanu Krea-ngam agreed to take up four special cases. They include the high-profile fraud allegation levelled against Siam Indica Co operated by Apichart Chansakulporn, alias Sia Piang. The firm stands accused of laundering money through an alleged bogus sale of rice to China in a government-to-government agreement from 2011 to 2012. Another case the DSI is treating as a special case concerns the distribution of defective Alpha 6 narcotics detectors to the Directorate of Operations under the Royal Thai Armed Forces.  Source: Bangkok Post 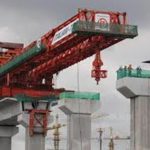 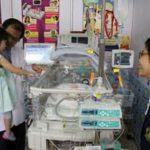 Commission warns of an excessive doctor but lack of nurses