Home » Drunk man burns down home after girlfriend leaves him 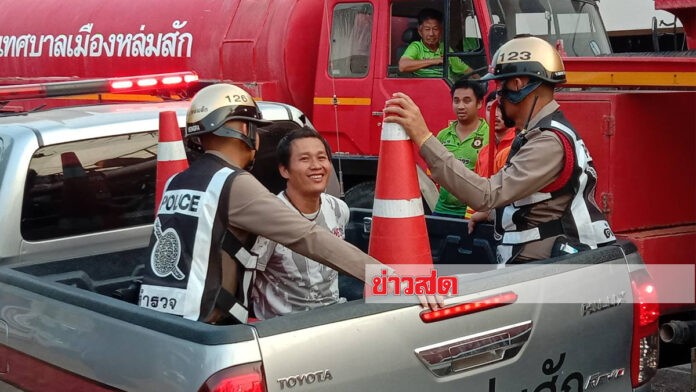 A drunk man burned down his home after his 19-year-old girlfriend won’t return back due to his drinking habits.

Police Captain Sombun Krajang from the Lomsak Police Station in Phetchabun Province at 5 pm on 12 February 2020 about a crazy man burning down his own home.

Officials notified the fire station about the emergency and officers were sent to inspect the home.

Officials saw a single-story house with smoke and fire as they arrived. The firefighters tried to control the flames preventing the fires from spreading to neighbors’ homes.

All homes in the area were very close to each other but thanks to the firefighters the neighbors were saved from being burned down too. Locals were shocked as they were trying to figure out what happened to the man who burned his own home down. 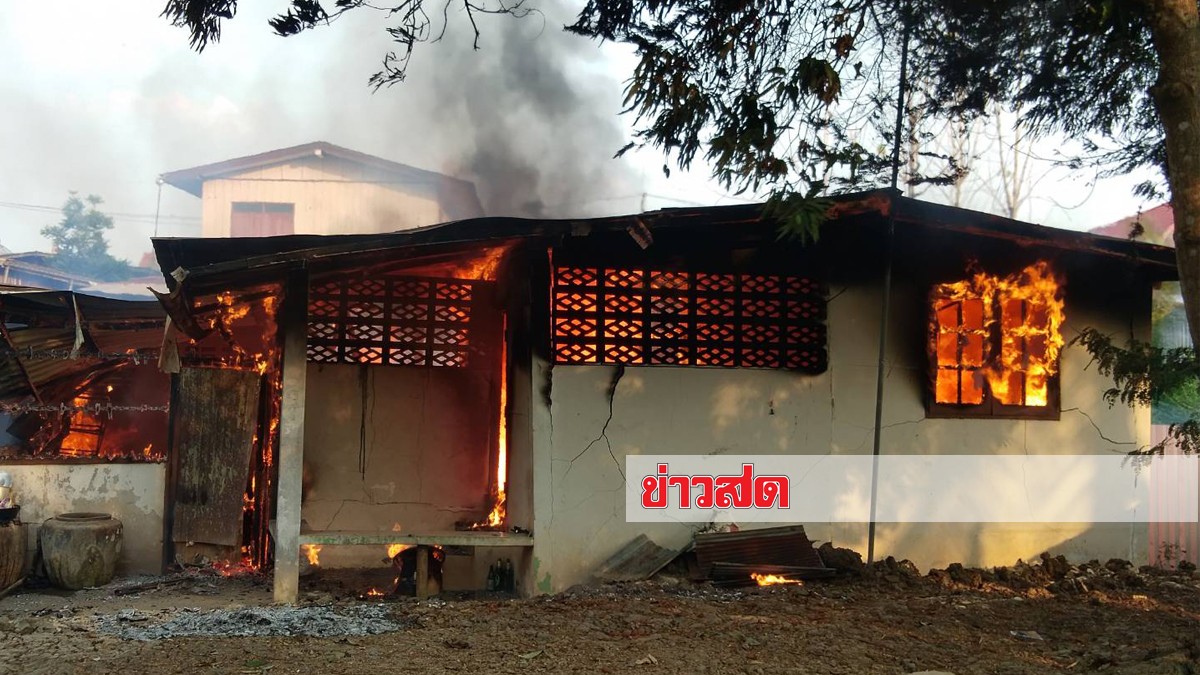 Upon inspection the home has been completely destroyed, flames burned down almost everything including all belongings and electrical appliances inside the house.

Officials discovered that the owner is Jenrop Deena 35 years old. Jenrop stayed with his girlfriend Supaporn Nunil 19 years old, together in his home. On the date of the incident, Jenrop started drinking and became drunk shortly after sunrise. Supaporn went to her mother’s home in another village.

Jenrop tracked her down and tried to make her come home but Supaporn insisted on staying with her mom for safety. Jenrop returned home and shortly after he set the home on fire. Villagers found Jenrop and held him safe before the officials arrived.

He is seen smiling while sitting in the police truck. It’s no surprise that his girlfriend would want to leave someone who starts getting drunk in the morning, but setting your own home on fire is an unusual response to disappointment. 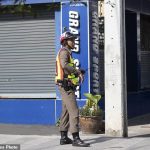 Man surrenders after firing many shots into air in Bangkok 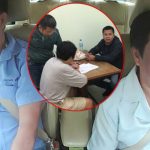