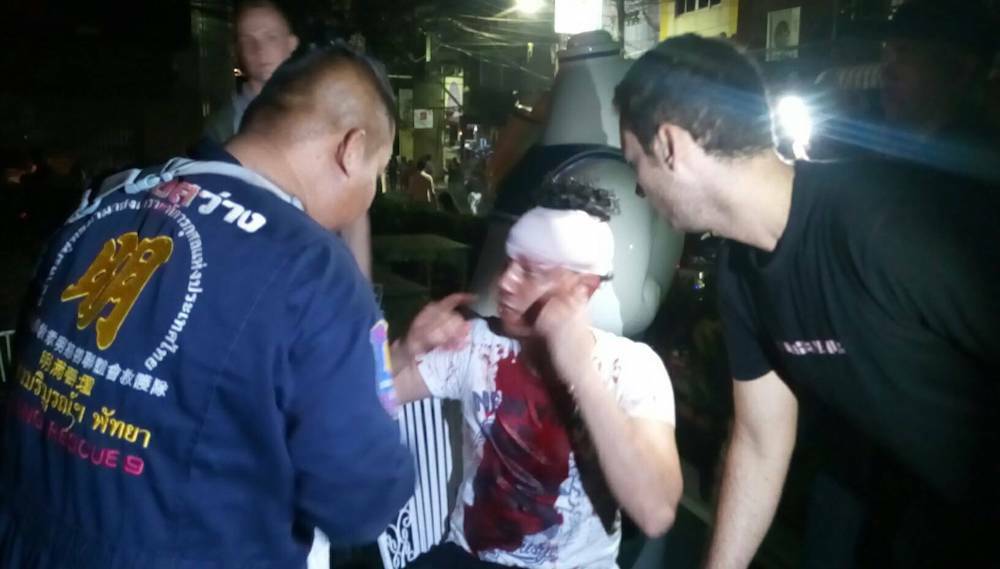 A drunk tourist from Britain was hauled into a police truck after allegedly attacking an Algerian soldier outside a bar on Walking Street.

Police were called at 4.30am and found Antar Youcef, 34, with a wound on his head and blood soaking his shirt.

Officers arrested the man who could only give his first name as ‘Joe’. Police later revealed he was a Libyan who lived in Britain and had travelled to Pattaya for a holiday.

He was seen leaving a bar with cops on either side of him and put into the back of a police truck to be taken for questioning at Pattaya City Police Station.

The injured holidaymaker, a Algerian loyalist soldier, was taken to Pattaya Memorial Hospital where he received treatment for wounds on his head.

A young Thai woman who was with the north Afrian man said they had gone into the bar when the British man started ‘’making trouble’’.

She said: ‘’We tried to avoid him and his group because we did not want to have any problems. We went outside and a few moments later I saw my friend had been hit and there was blood everywhere on him. I screamed and called for help from staff in that area.”

‘’The Sawang Boriboon Foundation Pattaya attended to give medical treatment.

‘’The man suspected of causing the disturbance was drunk and he only gave his name as ‘Joe’. He did not say his age and he was not in control of himself.

”The events have been recorded as evidence. There will be a thorough investigation to find the cause of the injury.” 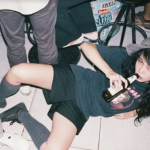