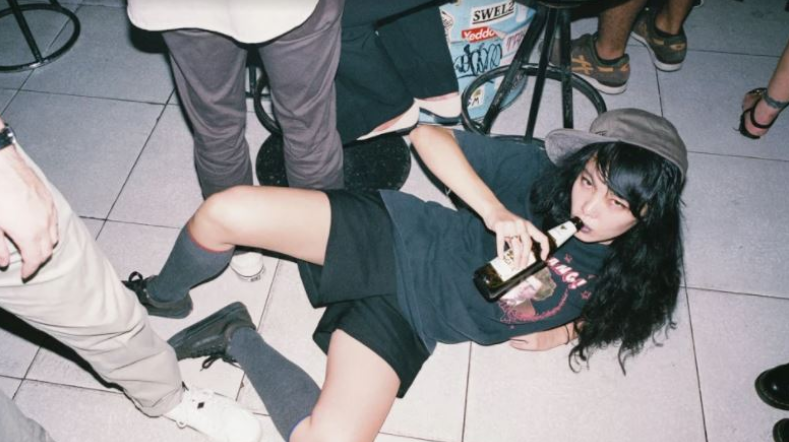 Anyone else wake up after a big night and have a total mind blank about what went on until you look at your phone pics?

American photographer Graham Meyer’s latest series of wild photos depicts late nights in a drunken, crazed Bangkok. With the introduction of the third and final magazine installment in his series of Mao Mak Mags, he further catalogs the drunken revelry of his friends in familiar locations around Bangkok. Check them out tomorrow night when JAM Cafe hosts a launch party for the new mag and Meyer’s accompanying solo show. The shots, taken between October of 2014 and October of this year, depict people mauling mannequins, roller skating indoors, getting arrested naked, drinking with dogs and generally having a good time over many, many beers. Hundreds of photos will be installed on the two floors of JAM as well as an audio installation. All of it dedicated to capturing drunken nightlife in Bangkok. Meyer, a native of Detroit who describes himself “an existential nihilist,” has been living in Thailand for seven years and cataloguing his adventures in the city for almost all of that time. It’s also his 30th birthday tomorrow night. Lest you think that Meyer is a sober shooter that never gets in on the fun, he told Coconuts, “There’s one photo in there where I’m sleeping. I never pass out drunk, so this was a rare occasion. When I developed the roll I found photos of me sleeping on the floor of the (now permanently closed) NACC. So I’m lucky no one jacked my camera.” He confirmed that “pretty much every photo has some story of some sort.” Ask him to tell you about your favorite photos at tomorrow’s launch party.

The show will hang at JAM until Dec. 3. Music tomorrow will be provided by DJ Honeycomb & DJ Gishiyama and free Asahi beer will be available until the keg is kicked. 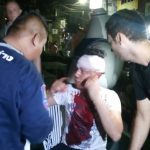 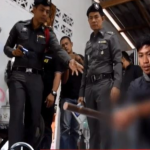