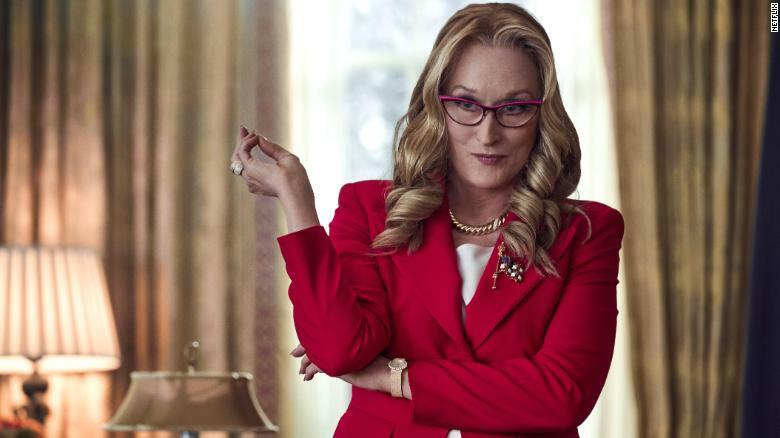 On January 8, 2017, Meryl Streep gave a speech at the Golden Globe Awards that, depending on who you ask, either gave voice to heartbroken Americans or sorely misjudged voters’ frustrations.

Dismayed and scared after Donald Trump’s presidential victory, Streep rallied her audience of Hollywood A-listers, filmmakers and the foreign press, telling them that they belonged to “the most vilified segments in American society right now,” but if they were kicked out, the public would have “nothing to watch but football and mixed martial arts, which are not the arts.

“Her speech could not have been less persuasive to the demographic she seemed most desperate to reach.

In its efforts to champion its cause, the film only alienates those who most need to be moved by its message.

The movie’s heavy-handed premise is that a huge comet is on a collision course for Earth, but the corrupt, self-absorbed president (played by Streep) and the evil media are choosing to ignore the danger because they believe they might be able to profit from it.

It’s a climate change metaphor that should be inherently sympathetic.

Unfortunately, there’s never been a more hostile environment in which to use it.

As “Don’t Look Up” would have it, the biggest problem facing the world is that the gullible public and greedy elites keep refusing to listen to the clever scientists.

In the recent context of vaccine misinformation and billionaires making vanity trips to space, it’s a tempting position

The snag is that when science becomes politicized — whether by those championing it, or those denying it — objective truth ceases to wield blanket persuasive power.

As counterintuitive as it may sometimes seem, to win people over, science must remain apolitical. 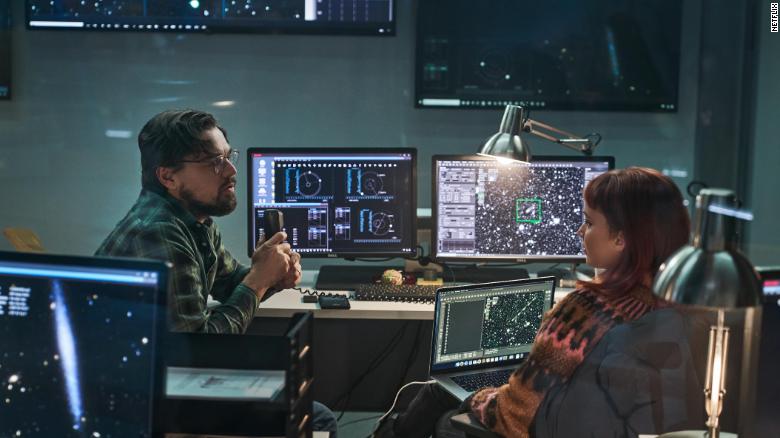 Leonardo DiCaprio and Jennifer Lawrence play scientists with an important message in the film “Don’t Look Up.

Fauci went to great pains to remain politically neutral while serving under Trump because he knew that the appearance of bias would only serve to alienate many of the people who desperately needed to heed his advice.

Like Greta Thunberg, who until the 2020 US election relentlessly focused on climate action without getting into the muck of left versus right,

Fauci understands that any political association only serves as a distraction from the task at hand.

When Fauci’s words were taken out of context in a GOP ad in mid-October 2020, he was swift to distance himself.

As Fauci’s recommendations for combating the coronavirus — such as mask-wearing — continued to conflict with Trump’s interests, Trump changed tack and began to discredit both Fauci and the science he represented.

How did he do that? He claimed that Fauci — who is not registered with any political party — was a Democrat.

This political fracturing was reflected in public acceptance (or lack thereof) of the science.

By the end of October 2020, according to Pew Research Center, Democrats accounted for 76% of those who expressed worry about others not using masks, while Republicans accounted for 92% of those expressing skepticism or opposition to masks.

Richard Branson’s disappointing space jauntNearly a year later, Americans who relied mainly on Trump for their Covid-19 information were among the least likely to be vaccinated.

Far from winning people over to evidence-based precautions, Fauci’s Trump-imposed association with the Democrats only served to make him a lightning rod for Republican ire.

Science is objective — the “math,” as “Don’t Look Up” constantly puts it, either adds up, or it doesn’t. But as soon as scientific truth becomes inherently associated with one political creed, people who have conflicting political sympathies will be predisposed to mistrust it.

As well-intentioned as the writers and cast of “Don’t Look Up” undoubtedly are, the goal of defending scientific fact must be dissociated from that of asserting moral superiority.

The constant implication that those who hesitate to accept fresh evidence — be that of the safety of vaccines, or the comet’s impact — are stupid, corrupt and hail from the “wrong” side politically, only adds another hurdle for science to overcome.

Toward the end of the movie, as one of the plainly Trumpian rallies held by Streep’s character descends into chaos, Jonah Hill — playing Streep’s son and chief of staff — shouts “rednecks” over his shoulder while making his escape.

The intended message — that the “bad” politicians who try to fool the public have nothing but contempt for them — is tainted by the fact that the “good” guys who made the film don’t seem to think much of them either.

The champions of science must always try to leave politics at the door. Otherwise, the task is not just convincing people that the comet is coming, the planet is rapidly overheating or the vaccine will protect them.

It is also forcing huge swathes of the population to accept that a cornerstone of their personal ideology is wrong.And when the comet is this close, there just isn’t time for that. 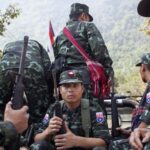 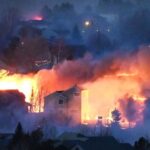