Home » Dengue cases plummet by half over 5-year average

The number of dengue patients has fallen sharply from no fewer than 5,000 per week to 3,000 at most now.

The Disease Control Department (DCD) revealed this week that there were now just between 2,000 and 3,000 cases of dengue per week in recent months, from between 5,000 and 8,000 over the past five years.

Although dengue fever is quite common, it can pose a serious health threat. This year, it has already been blamed for 80 deaths in Thailand.

“Dengue fever hit 61,917 people in Thailand between January 1 and October 1. Of these patients, 80 died,” said DCD director-general Dr Suwannachai Wattanaying-charoenchai earlier this week. Most of the cases were in children and young adults age 10-24.

According to him, the Public Health Ministry has implemented several measures in a bid to curb dengue cases. Among them is to alert a Surveillance and Rapid Response Team (SRRT) within three hours of any dengue case, so that the team can quickly investigate the area where the infection was detected.

The team will then conduct indoor residual spraying to destroy adult Aedes mosquitoes within the 100-metre radius of the infection area within one day. The team is also tasked with getting rid of Aedes Aegypti larvae within five days.

Aedes mosquitoes are the key vector for dengue fever.

Suwannachai advised people to cover water-storage containers, change water in small containers every week and eliminate all outdoor mosquito breeding sites to boost their protection against the disease. 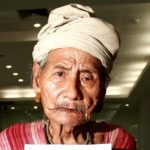