Former Democrat MP Watchara Petthong is seeking answers from the office of the secretary-general of the House of Representatives about how it can accept the delivery of the 12 billion baht parliament building from its builder, Sino-Thai Engineering and Construction Public Company, despite its many defects.

In raising the questions, Watchara showed some pictures of an exhibition hall on the ground floor of the building, taken on Friday evening when Bangkok was hit by heavy rain.

He claimed that the frames of two paintings had broken and two aluminium ceiling sheets, each about 1.5 m x 1.5 m in size, had collapsed during the storm. Fortunately, there was no one in the exhibition hall at the time, otherwise someone could have been hurt, he said.

Watchara said he has asked the parliament compound’s security chief, Arun Laipongpaew, why the House secretariat had not reported these defects to the public and whether people who visit the exhibition hall will have to wear crash helmets for their safety.

He claimed that there was an instruction from a senior parliamentary official for all workers and officials to keep their mouths shut and not to disclose this to the media.

The former Democrat MP also claimed that the wooden flooring did not match the contractual specification, as the wood should have been Takhian Thong (hopea odoral), but it is actually Payome (shorea roxburghii) and that the 65 parliamentary committee rooms are not sound proof, as required by the contract.

Watchara said that the Building Safety Inspectors and Officers Association had checked the parliament building and found 198 risk areas.

“Where is the dignity of parliament when the exhibition, to mark the 90th anniversary of Thai parliament, is held in a hall with wooden flooring that does not match the specification?” he asked.

The construction of parliament was supposed to be completed in 900 days, but after 3,351 days, the building is yet to be completed and there are still many defects, said Watchara, adding that the project’s builder notified the secretariat of the House of Representatives last Friday that the building is complete and ready for handover to parliament for formal acceptance.

The office of the secretary-general of the House of Representatives said in a statement today that the exhibition hall is an outdoor space, in line with the architectural design of the parliament building, for energy conservation and better air circulation and that the wooden flooring is water resistant.

During the heavy rain on Thursday, some of the booths belonging to exhibitors in the exhibition hall did collapse due to the strong wind, because they were erected for temporary use only, and they can be reassembled.

The office also claimed that pictures showing water leaking from the roof were old and that the problem was fixed some time ago.

The office also assured that acceptance of the parliament building from the builder will be strictly in accordance with regulations, to ensure that the building is worthy of the cost and will be beneficial to the state. 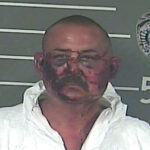 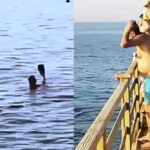 Shark bites leg and arm off tourist who dies in ambulance