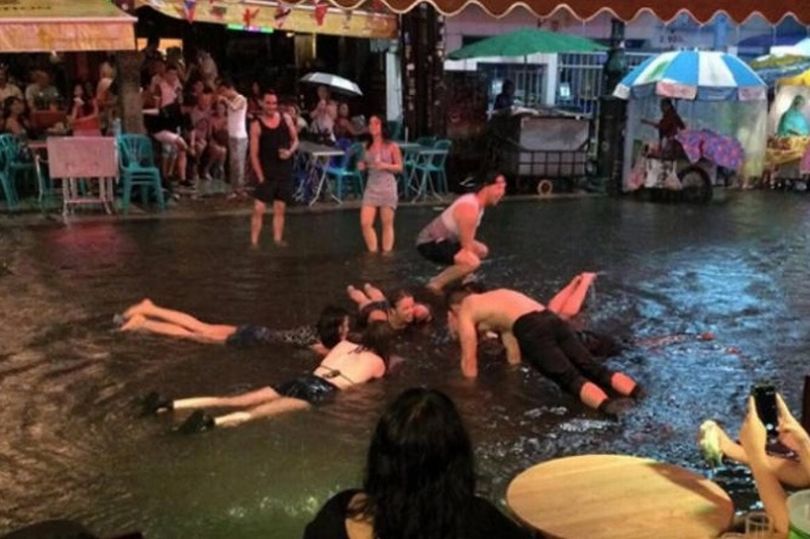 Tourists have been warned about a deadly curly-shaped bacteria spreading across Thailand, which can cause victims to cough up blood and die.

Thai health officials have sounded the alarm over the bug which lives in water, such as puddles, and worms its way into human flesh.

It is believed the bug spreads through animal urine and is proving particularly dangerous during Thailand’s current rainy season.

Tourists are being urged to avoid walking around barefoot in the south-east Asian country, where the bug has reportedly already claimed the lives of eight people this year.

The bug can lead to a disease called leptospirosis which has been described as a ‘major public health problem’ in Thailand.

Sant Muangnoicharoen, an expert and doctor at the Hospital for Tropical Diseases, in Bangkok, recommended that people should stay away from floods to avoid infection.

He added that anyone who walks through floodwater should immediately clean themselves afterwards.

The doctor said: “If a fever reaches high temperatures or a wound is infected, you should seek immediate medical attention.”

Symptoms of Leptospirosis range from muscle pains to bleeding from the lungs and the disease can eventually turn people yellow.

Antibiotics can treat the disease, although it can prove fatal in some cases, with more than 50,000 people reportedly dying from it every year.

Leptospirosis is called Weil’s disease when a patient suffers from kidney failure.

The physician Adolf Weil first identified the bug in 1886.

ladies are kicked out as Bangkok is ‘re-shaping’