The death toll this year from an insurgency in Thailand’s Muslim-majority southern provinces was the lowest since the conflict began 13 years ago, monitors said Wednesday, as security improves under the ruling junta.

Thailand’s southernmost provinces abutting Malaysia have been in the grip of a low-level but bloody insurgency since 2004 and nearly 7,000 people have died. The majority of the victims are civilians — both Muslim and Buddhist — caught up in near-daily bomb attacks and shootings. Some 235 people died in 2017 as a result of clashes between the Muslim-Malay insurgents and Thai troops and police, according to figures collected by conflict analysts Deep South Watch. That compares to 309 in 2016, continuing a downward trend since 2014 and a sharp drop on the peak of 892 deaths in 2007. “We have seen the incidents going down for the past three years. And this year’s death toll is the lowest ever if no significant incidents  happen in the coming days,” said Deep South watch.  Source: Asia Nation 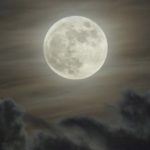