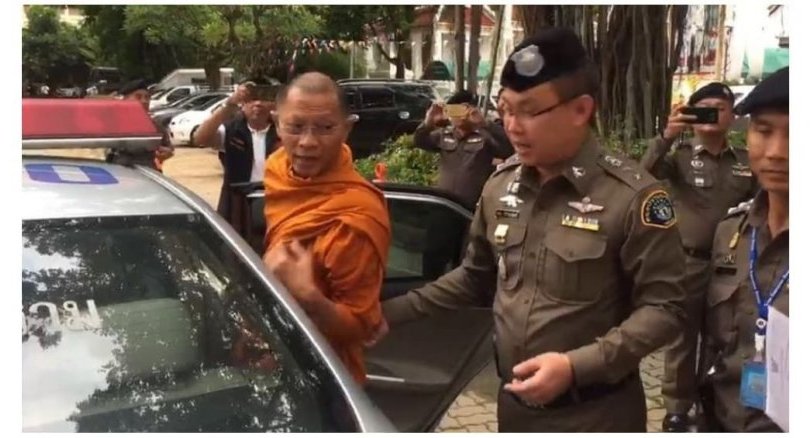 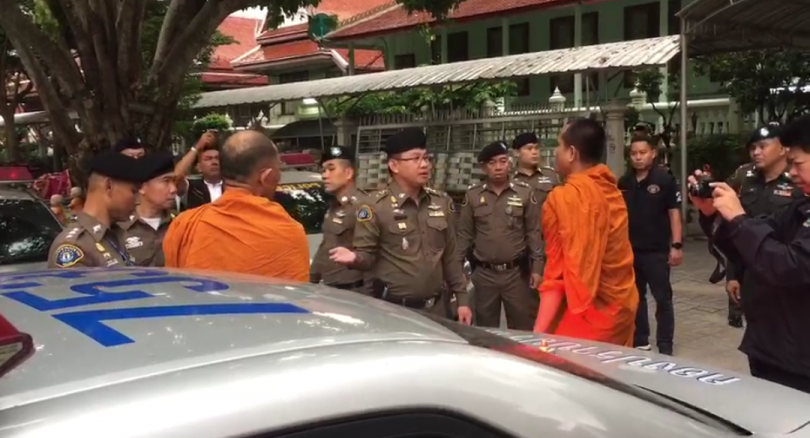 They took Phra Promdilok, abbot of Wat Sam Phraya and Bangkok monastic chief, and Phra Buddhaisara, abbot of Wat Omnoi, to the CSD head office for questioning. Police could not find the abbots of the other two temples.

Phra Buddhaisara was also charged with being head of an illegal syndicate for his role in leading protests against the Yngluck government in 2013 and 2014.

The monks were suspected of collaborating with senior officials of the National Buddhism Office to siphon off money sent to the temples for development.