ROAD accidents during the first five days of the Songkran festival have left 297 people dead and 2,807 injured with drunken driving again singled out as the main cause of the accidents, according to the Road Safety Operations Centre (RSOC) on Tuesday.

On Monday alone, the fifth of the “Seven Dangerous Days” of the festive season, 472 accidents across the country claimed 54 lives and left 494 people injured. The northern Chiang Mai province saw the most number of road accidents with 104 cases and also the most number injured while Udon Thani province in the Northeast reported a record 14 deaths, according to the Public Health Ministry’s permanent secretary, Dr Sukhum Kanchanapimai, who heads the center. 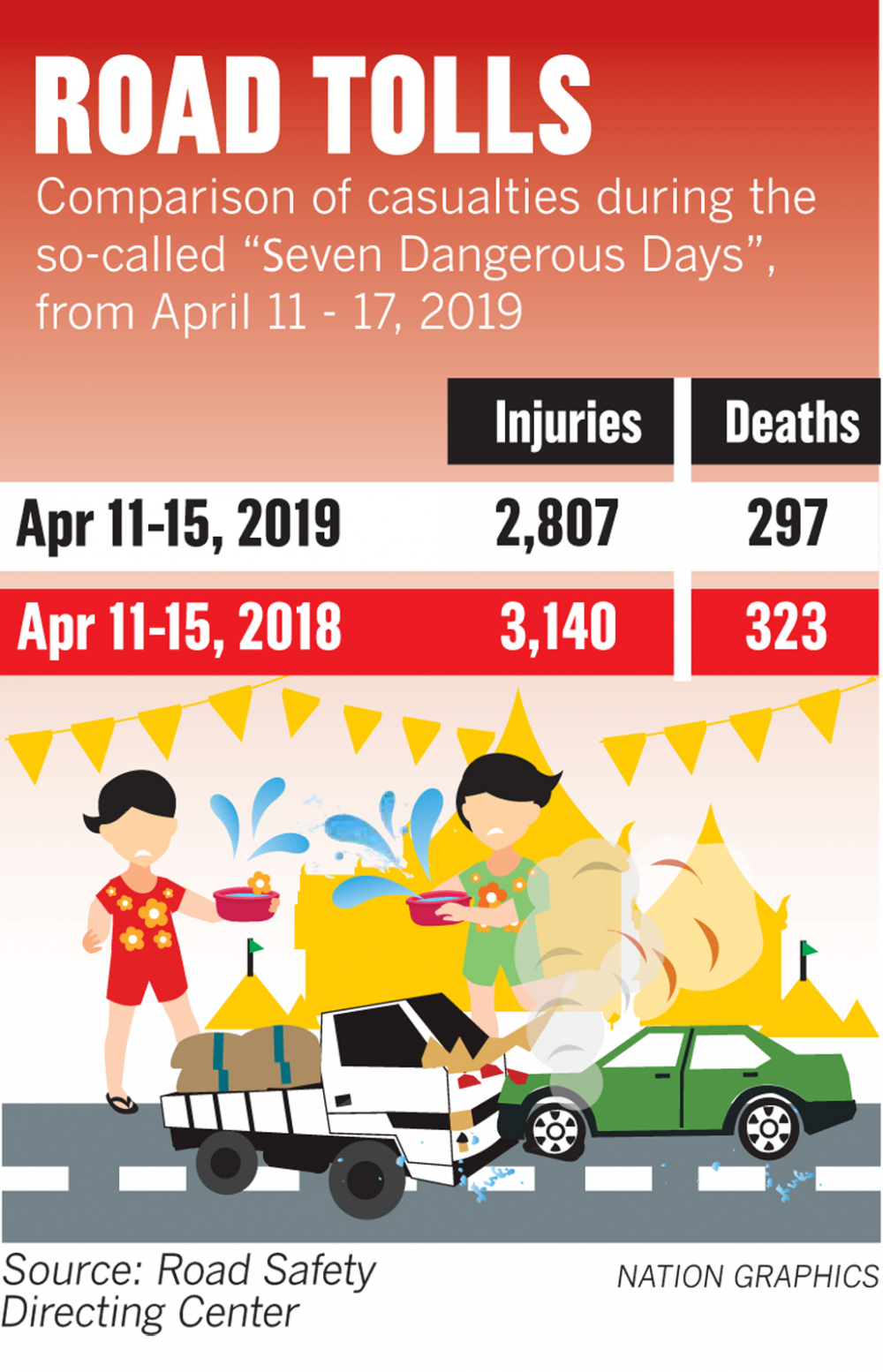 The authority blamed drunken driving as the major factor in 40.68 per cent of the total accidents while speeding was responsible for 27.54 per cent.

As in previous years, most of the accidents – 78.85 per cent – involved motorbikes. About 67 per cent took place in small roads in villages and 37.92 per cent on highways.

Most of the accidents happened between 4pm and 8pm and most of the victims were people aged above 50.

Thailand has been plagued by a high number of road accidents and casualties during long holiday breaks and renewed efforts by the authorities every year have done little to improve the situation.

The authority set up 2,040 checkpoints with 65,308 officials and volunteers deployed around the clock nationwide. More than one million vehicles were checked at the checkpoints and 235,383 people were charged with traffic law violations such as riding motorbikes without wearing helmets and having no driving licence.

More than half of the detained 1,814 drivers were found to have a high percentage of alcohol in their blood, according to Dr Sukhum, who added that 33 per cent of them were teenagers.

“The drivers must have zero alcohol in their blood, otherwise they must not be allowed to operate any vehicle at all,” he said.

The authority prosecuted 8,338 cases of drunken driving during April 11-15 and nearly 400 people were under a one-year probation, according to the chief of the Probation Department, Prasan Mahaleetrakul.

Officials confiscated 1,166 motorbikes, 457 cars and 2,291 driving licences from those who had violated the traffic laws during the dangerous days.

The authorities have now fully strengthened their road safety operations as the long Songkran holiday season ended on Tuesday, with thousands of commuters set to hit the roads again on their return journey. 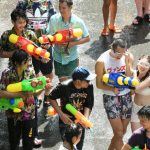