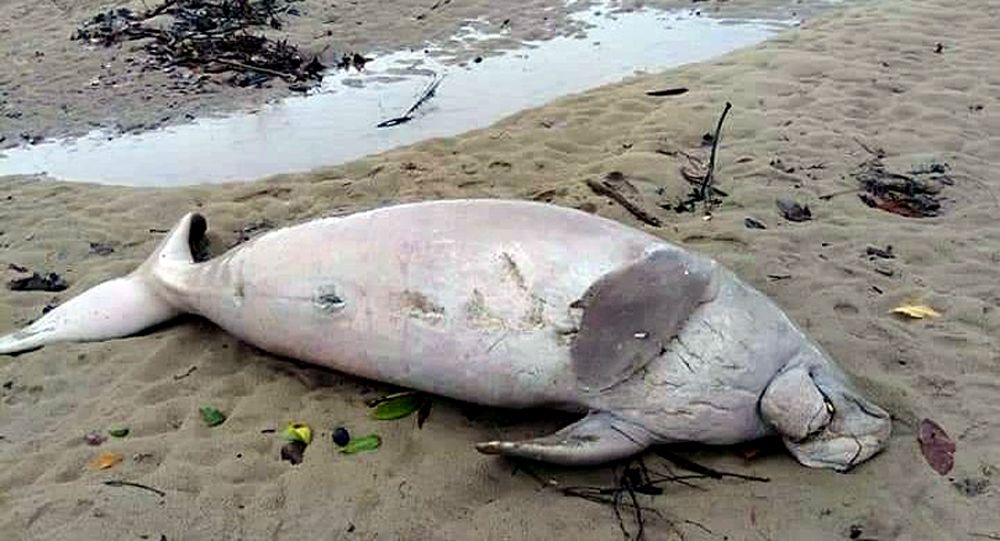 A 250-kilogram dugong, found dead off Phang Nga over the weekend, has been brought to Phuket for further examination.

Officials from the Phuket Marine Biological Centre (PMBC) were notified on Sunday that the body of the dugong had been found by local fishermen in Phang Nga.

The dugong, which was brought back to Phuket for a full autopsy, was a mature male measuring 2.46 metres long and weighing 250 kilograms.

Its body had already started to decompose. 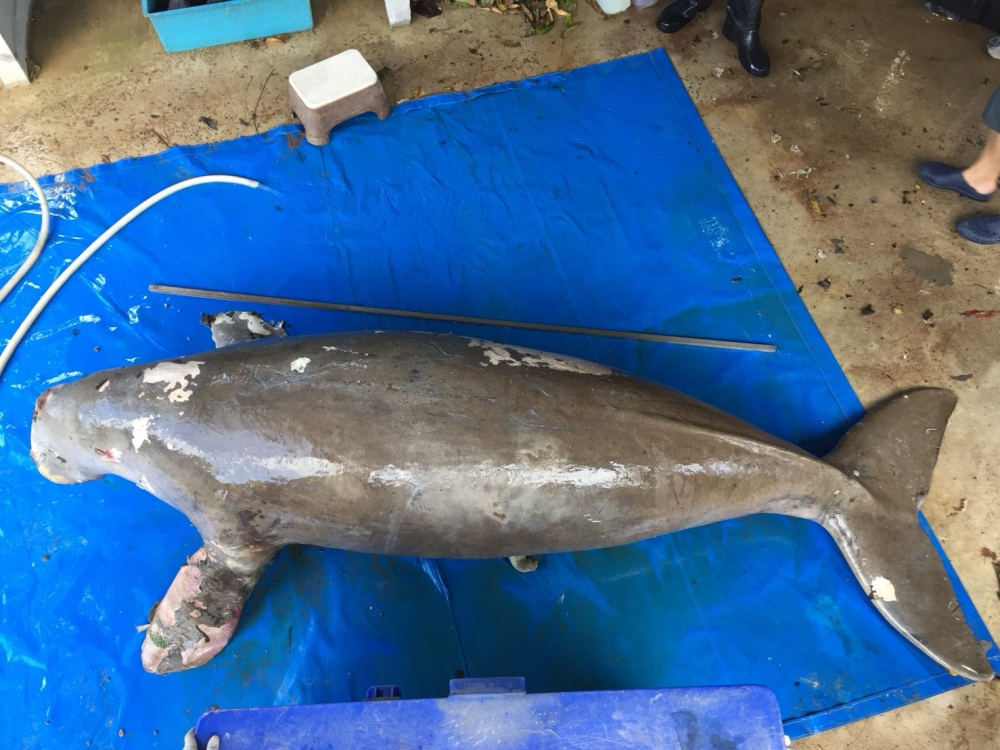 An autopsy was conducted immediately after it arrived at the PMBC.

PMBC officials said that initial investigations could not clearly determine the cause of death as the creature’s organs had started to rot.

However, it is believed that the dugong died quite suddenly, as food was still found in its digestive system. 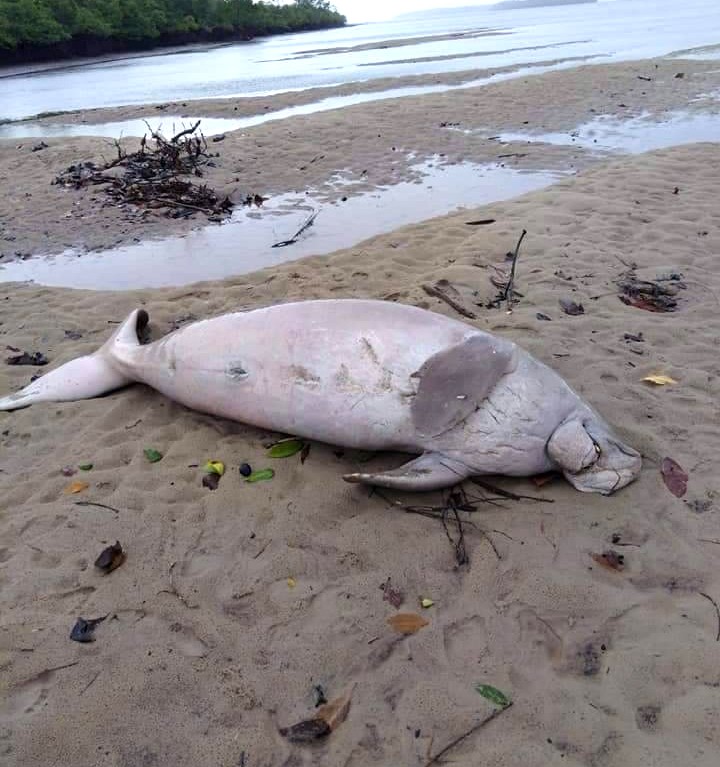 A large bruise, measuring 25 centimetres, was found on its skin.

The dugong’s DNA is yet to be tested.