There have been complaints made against boat drivers at the Damnoen Saduak Floating market on boats being too fast causing loud sounds and heavy air pollution from the boat motor. Fast boats floating through Damnoen Saduak causes the passengers on the boat to feel afraid, the boats also cause waves that splash onto the villager’s houses that are located right by the water.

Videos have surfaced online of boats speeding through Damnoen Saduak in Klong Thong Lang, Ratchaburi province. Channel One31 has interviewed the owner of a local resort close to the water market. The owner stated that the boats coming from and leaving to Damnoen Saduak have to pass the resort. Lately, the boats have been driving very fast making loud noises and heavy smoke. He has also taken a video and posted it online, his main goal was to send a message to the Prime Minister as there has been news around the area that the Prime Minister will be visiting the Damnoen Saduak district. 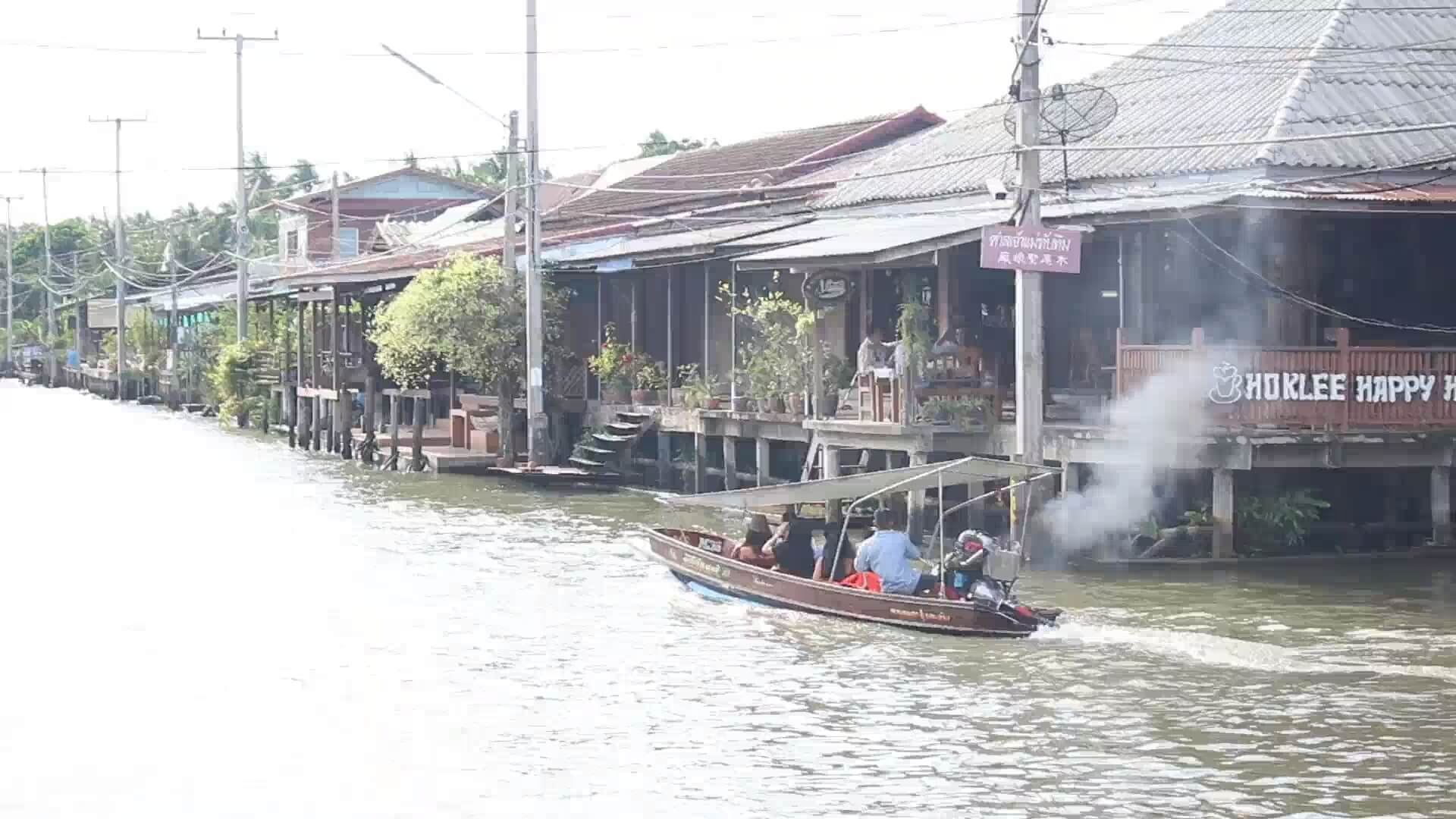 Previously, the resort owner along with some locals have made complaints to the district, but no change has been made and boats still speed through the waters causing great annoyance to the residents in the area.

Wirat Prasertto from the Ratchaburi district reported that there has been a great number of complaints made towards the issue. The district has tried to solve the issue on many occasions along with several meetings on the topic. Boat drivers have been fined and charged but the problem remains. 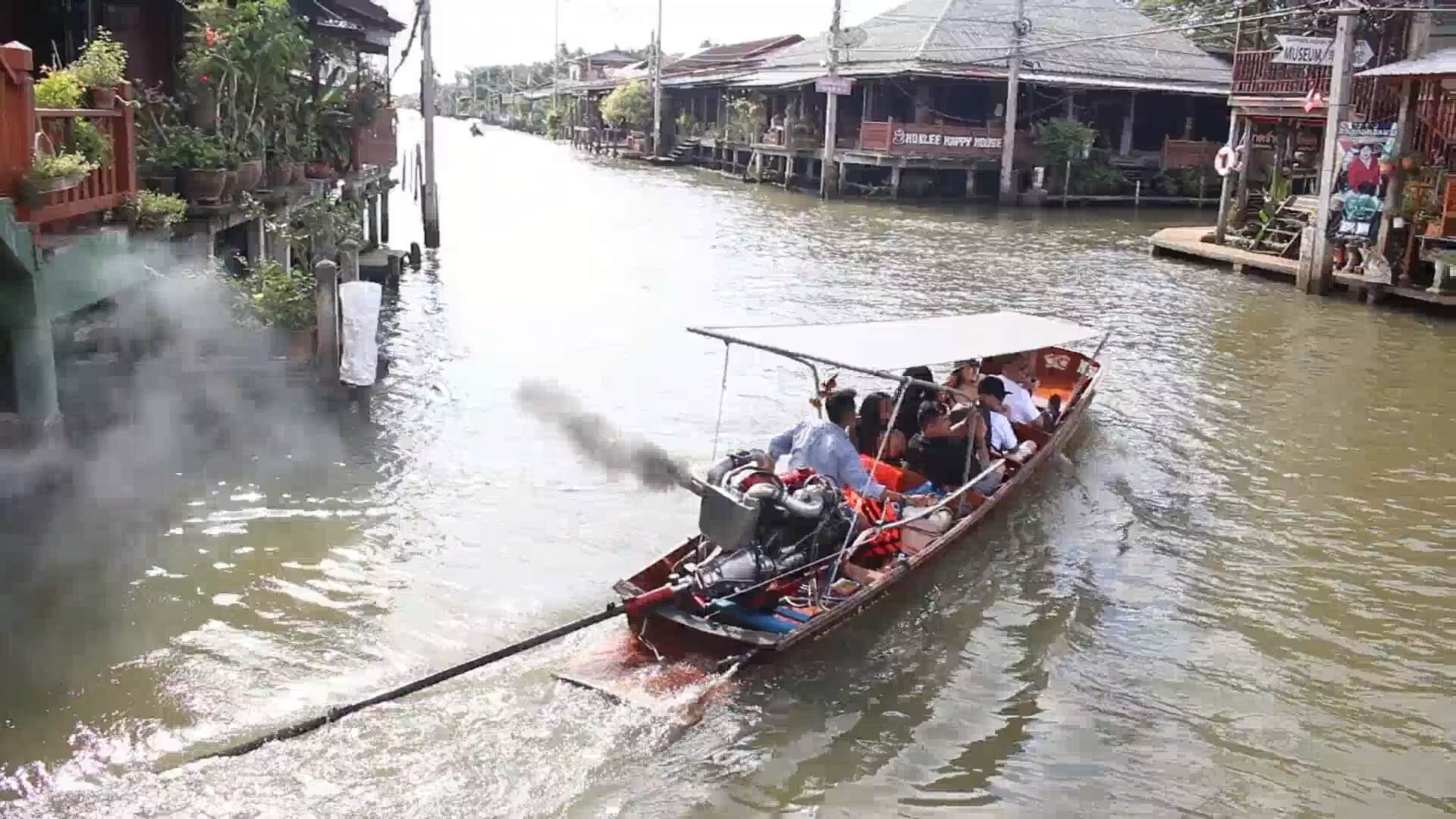 One time, a boat driver even stated “Tourists like loud boats”, Wirat doesn’t understand the logic behind the statement. Some boat drivers even state that “The boat will not move if it’s not loud”, the district has asked universities with the knowledge of boat motors to help find a solution by researching a method to produce motors that are quiet and produces little pollution. If any university can help find a solution the district will test the new motor to show the boat drivers a solution to their problem. The next step will be forcing the drivers by law to change their boat motors for a better environment around Damnoen Saduak.