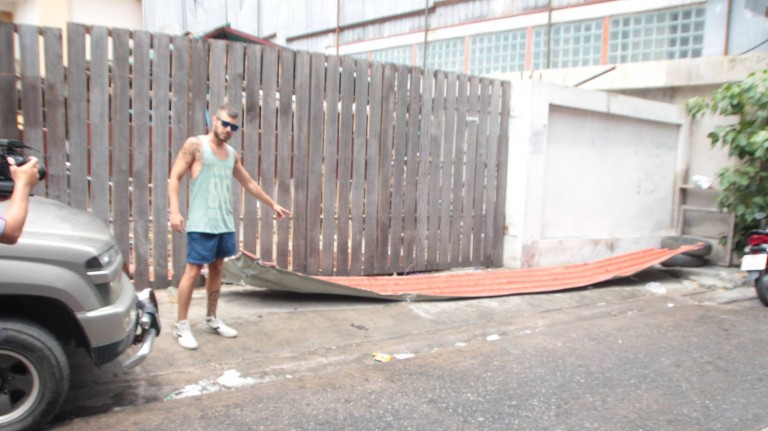 Furious Thai and foreign residents in South Pattaya have called in the media after great lumps of corrugated iron have rained down on a small soi.

A Thai firm are currently being paid 2.9 million baht to dismantle the Boutique Paradise Hotel that was illegally extended in Soi V.C.

Residents were initially angry when the company doing the work failed to stop dust spreading in the area.

But this week large sheets of corrugated iron have come loose. One foreigner pointing in our picture said that one night “it all came down”.

Sianchon news went to the area and filmed large sections of supposedly protective iron waving precariously in the wind and rain.

One large section was lying by the side of the soi.

Residents were scared and convinced the whole lot was going to fall on their heads.

A sign at the scene says the work is being carried out by “Tairano Construction Co Ltd” and warns people to keep out.The 13 story hotel was the subject of a court order to tear it down after it was shown that the owners had exceeded height regulations. 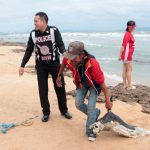 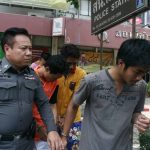