Over the previous 24 hours there were 1,896 infections detected in the general public and 1,498 in prisons.

On Tuesday, 4,450 patients were diagnosed as recovered and were discharged from hospitals.

Since the third Covid-19 wave started at the beginning of last month there have been 88,086 new cases, 46,942 of whom have recovered.

Apisamai Srirangson, a spokeswoman for the Centre for Covid-19 Situation Administration, said later in the daily briefing that the 29 new fatalities were 19 men and 10 women, aged 42-92 years.

Four of them died the day they tested positive for Covid-19. That showed they had developed severe symptoms but been unaware they were infected, she said.

Fourteen of them were in Bangkok, five in Samut Prakan province, two in Pathum Thani and one each in Chachoengsao, Lamphun, Chon Buri, Saraburi, Nakhon Pathom, Kamphaeng Phet, Nong Khai and Nonthaburi.

Fifteen of the new fatalities had hypertension and nine diabetes or high cholesterol. Other chronic diseases among them were kidney disease, lung disease, heart disease and obesity.

Ten of them either visited or lived in outbreak areas. Nine contracted Covid-19 from family members. Five went to flea markets and factories. Four caught the disease from colleagues, friends or hospitals.

Greater Bangkok had 1,357 new cases, or 72% of the daily increment outside prisons. Bangkok had five new Covid-19 clusters over the past 24 hours, raising the total to 34, Dr Apisamai said.

The 17 imported cases were from India (1 who arrived last month), Hong Kong (1), the Maldives (1), Bangladesh (3 Thai returnees), South Korea (1), the United Arab Emirates (1), Bahrain (1) and Cambodia (8 Thai returnees including five who sneaked in).

Some illegal returnees from Cambodia were involved in online gambling and they caused concern about bringing in a new strain of Covid-19, Dr Apisamai said. 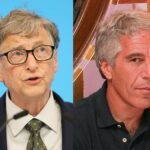 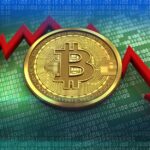