Home » Couple arrested with 100g of ‘ice’ on Koh Samui 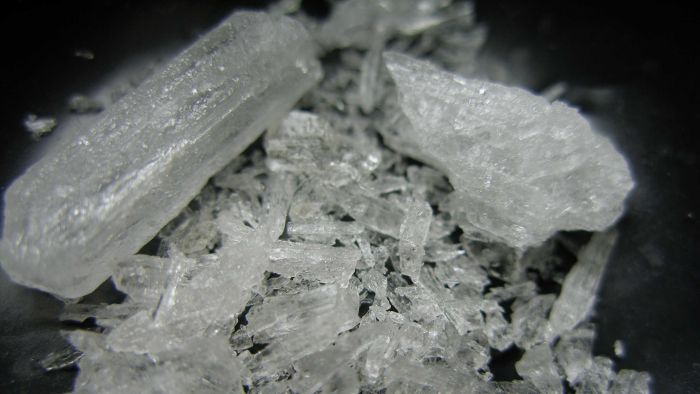 A couple have been arrested on suspicion of peddling crystal methamphetamine on the tourist island of Koh Samui in Surat Thani.

Tantikorn Prommet, 25, and Patsuda Jaisawang, 23, were arrested by police at their rented room on the island at 5.30pm on Monday. Two packs of crystal meth, commonly known as “ice”, weighing 100 grams in total were found in the room.

The arrest was made in a sting operation planned by Koh Samui assistant district chief Thammanoon Sukcharoen, who sent an undercover official to buy a small amount of “ice” from Tantikorn for Bt10,000.

When he came out of the room to hand over the drug, district officials and troops moved in to arrest him. But Tantikorn managed to get back inside and locked the door, prompting officials to break in and arrest the pair.

Teenage girl and toddler killed by train in Korat