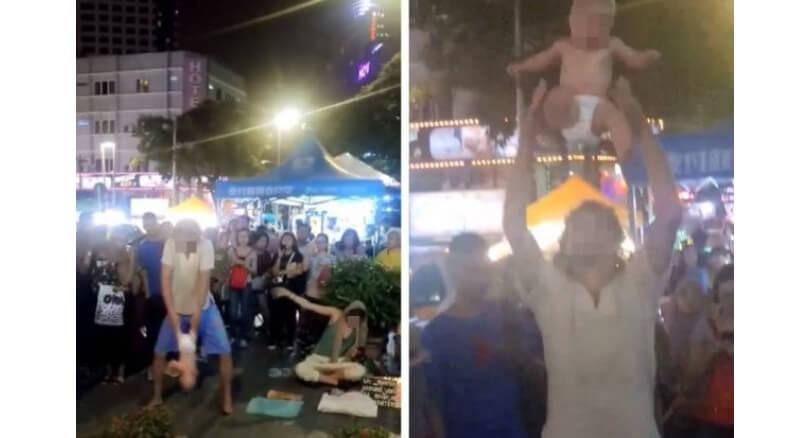 The foreign couple seen endangering their baby during a street performance has been arrested. City police chief Comm Datuk Seri Mazlan Lazim said that the arrest was made following reports made by the public.

“The Russian couple, aged 28 and 27 years old, were arrested during their street performance along Jalan Raja Abdullah today,” he told a press conference at the Duta toll plaza here on the latest iteration of Ops Selamat on Monday (Feb 4).

He added that couple would be remanded tomorrow.

Sources said that the couple were visitors, having entered the country on Feb 1 via Thailand.

A video of their performance went viral on Facebook on Sunday (Feb 3).

In the 90-second video, the man was seen holding a baby by the feet and swinging the infant around in wide circles and above his head.

He appeared to be part of a group of Caucasians in the incident that reportedly took place in Changkat Bukit Bintang.

An onlooker in the video could be heard shouting, “Mana boleh ini macam!? Budak ini baru enam bulan (How can this be allowed? The kid is only six months old).” 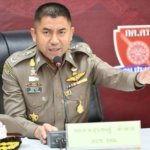 10 immigration officers transferred in connection with Khmer Muslims in Pattani