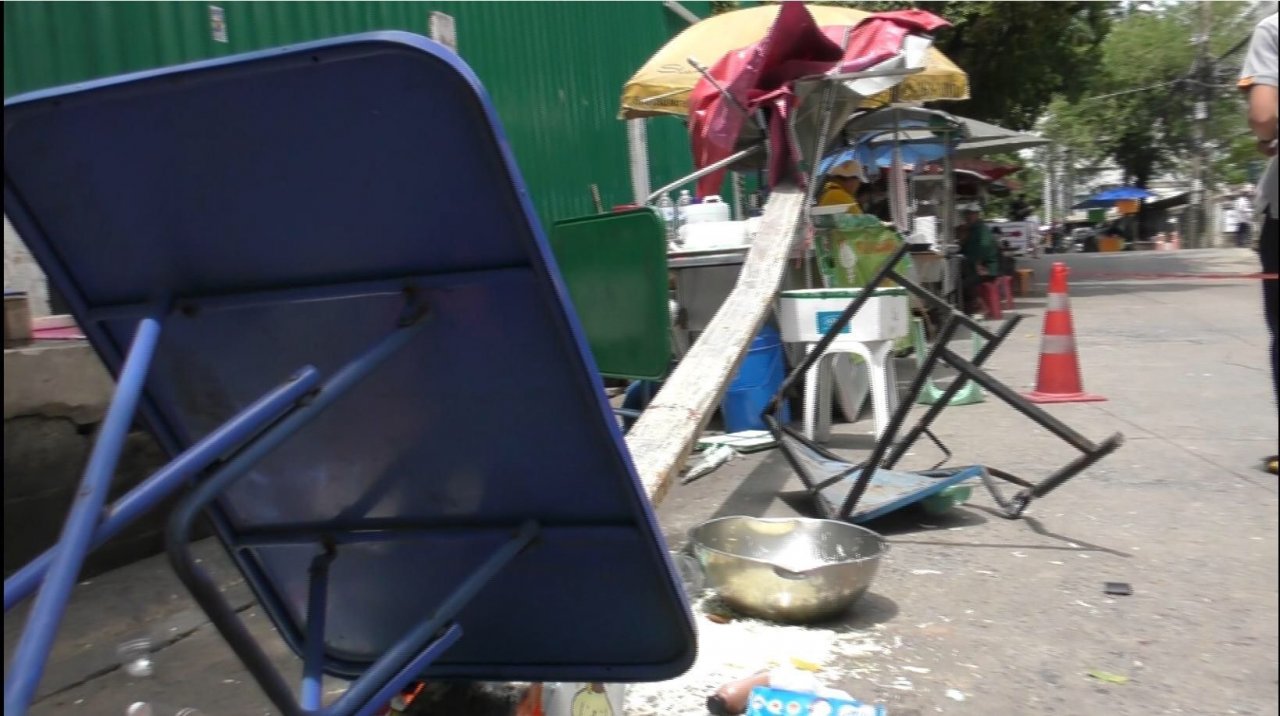 A seven-metre-long metal beam on Thursday morning fell down from an under-construction car park at Bangkok’s Charoenkrung Hospital on to a papaya salad vendor, seriously injuring her and damaging her stall on Soi Charoenkrung 109.

The accident at around 9.40am caused a head injury, broken arm and broken leg to vendor Banthat Pinlamai, 55. She was rushed to the hospital’s emergency unit which was only 15 metres away while construction workers removed the metal beam from the stall, said Wat Phraya Krai deputy superintendent, Pol Lt Col Sarit Sithinasit. 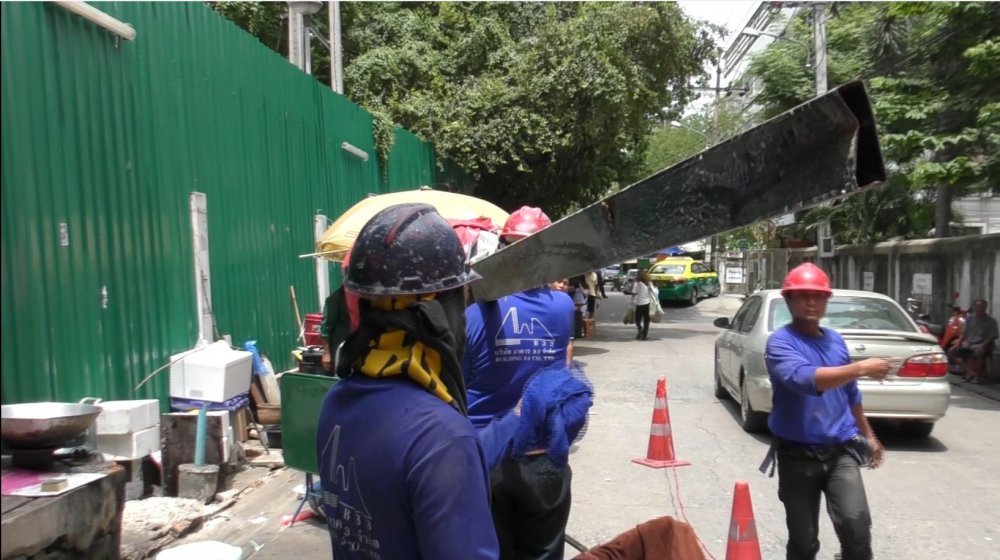 Banthat’s husband Prawit Banyonglakkhana, 61, had told police that he had walked away on an errand while Banthat was preparing ingredients at the stall alone when he heard a loud crash.

He returned to see a metal beam had seriously injured his wife. 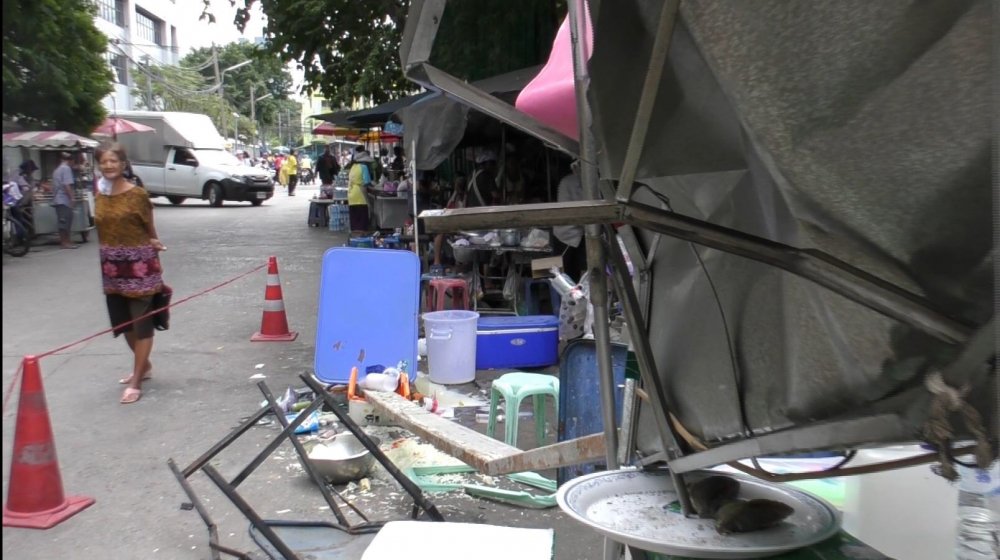 Shortly afterwards, construction workers came out to help remove the beam and she was rushed to the hospital, he told police.

Bystanders said it would have been worse if the accident had occurred at lunchtime when the area would have been crowded. Several food stalls are trading beside the construction site’s fence. 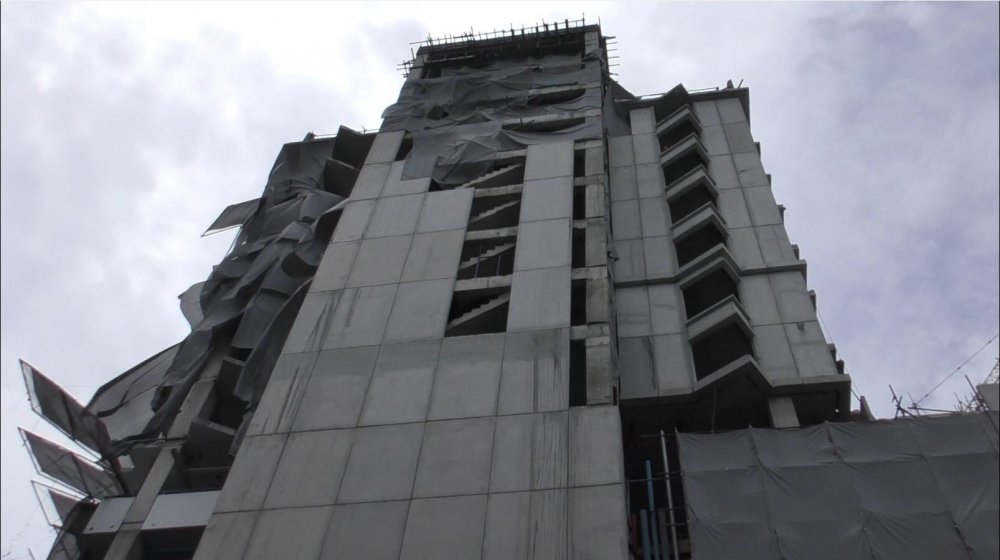 Sarit said that police would interview witnesses to determine if the accident was caused by recklessness and would wait for the doctor’s report on the victim’s injuries before deciding whether to file charges. 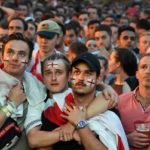