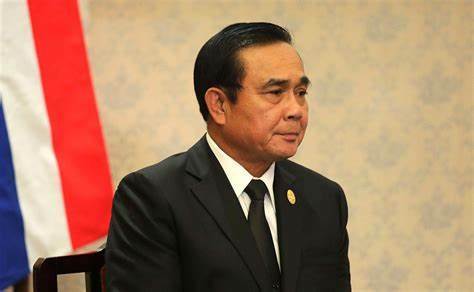 Prime Minister Prayut Chan-o-cha reiterated on Monday that the Constitutional Court will decide when he will reach the eight-year limit of his premiership.

Ive said that this is a matter for the [Constitutional] Court,” Prayut said tersely when reporters asked him to comment on the opposition Pheu Thai Party deciding to seek a constitutional interpretation on Prayut’s tenure.

Pheu Thai said it would petition the Constitutional Court by August 17 to seek a ruling on whether Prayut would reach his eight-year limit under the Constitution on August 24.

Section 158 of the 2017 Constitution stipulates that a politician can be the prime minister for no longer than eight years with or without intervals.

Pheu Thai leader Cholnan Srikaew had said last week that Prayut’s tenure should expire on August 24 because his premiership should be regarded as having started from the day he was installed as head of the now-defunct National Council for Peace and Order following the 2014 coup.

But a House of Representatives legal team argued that Prayut’s tenure technically started on June 9, 2019 when he was appointed the prime minister with a royal command under the 2017 charter. The House panel said Prayut’s term would expire in 2027 instead.

According to another school of thought, Prayut’s term is seen as expiring in 2025 as this theory takes into account Prayut’s tenure from April 2017 when the constitution was enacted.

Prayut was approached for the comment after he chaired a meeting on preparations for the Asia-Pacific Economic Forum Summit in Bangkok in November. He said people from all sectors should behave as good hosts when delegates from 21 nations attend the summit.

He said the summit is a national matter and it would affect the country’s image so all groups should refrain from causing damage to the country’s reputation.

Prayut walked away from the press conference podium after giving a terse reply on the question about his term in office.

When reporters asked as he left whether he had assigned the Council of State, the government’s legal advisory body, to interpret the issue, Prayut simply shook his head without turning back and walked upstairs to his office on Thai Ku Fah Building. 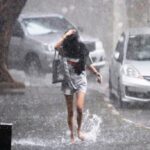 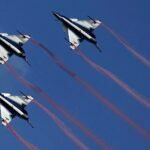