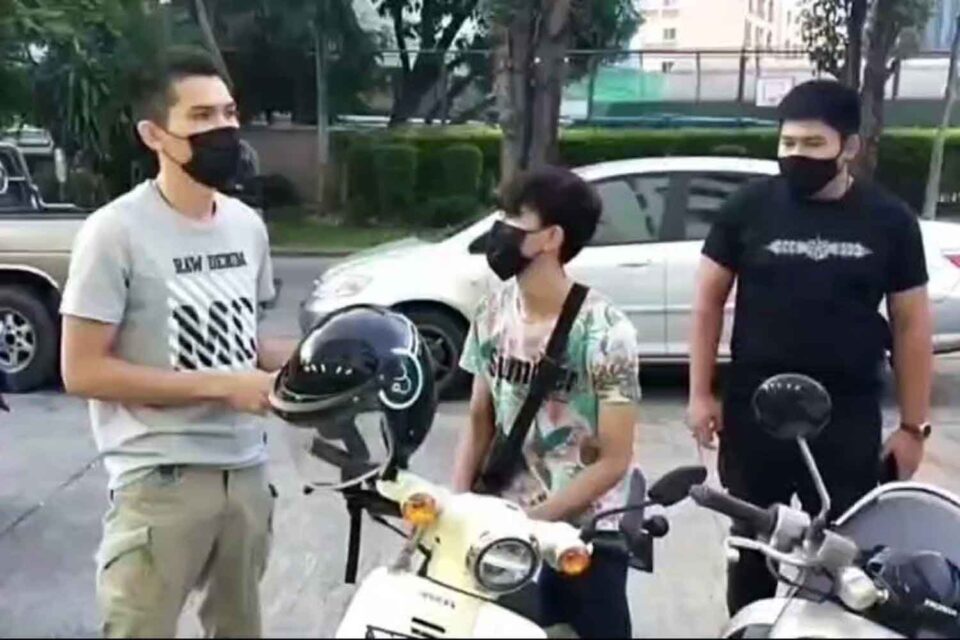 A computer programmer has been arrested on fraud charges for advertising a Macbook computer for sale on Facebook but failing to deliver the item to purchasers.

Pol Maj Gen Poomin Pumpanmuang, commander of the Special Service Division or commando police, identified the man only as Noppadol, 25, a programmer at a private company.

With an arrest warrant issued by the Chiang Rai Court, dated May 14, commando police arrested Mr Noppadol from in front of A.R.Mansion in Soi Preedi Panomyong 42 off Sukhumvit 77 road in Watthana district of Bangkok on Tuesday.

Pol Maj Gen Poomin said that in January Mr Noppadol offered to sell a MacBook computer for 17,000 baht on his Facebook page.

Many people were interested and transferred the money to him, but he failed to deliver the computer to them.

He instead spent the buyers’ money on online gambling.

Many people became victims of the fraud, which caused several hundred thousand baht in total damages.

A man identified as Mr Noppadol, centre, was arrested by commando police in Soi Preedi Panomyong 42 off Sukhumvit 72 road on Tuesday. (Photo supplied) 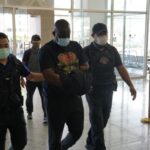 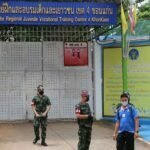