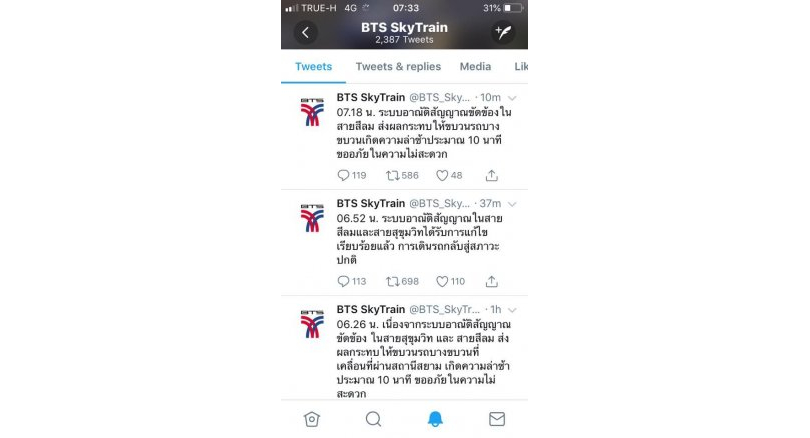 At 6.15am Bangkok Transit System plc (BTSC) announced on its Twitter page that there was a system malfunctioned between the Chong Nonsee and Surasak stations and trains would be delayed by 10 minutes.

Then at 6.26am, BTSC announced again that there was a problem with communication signals used to control its train management system for both Sukhumvit and Silom lines, causing trains to be delayed by about 10 minutes.

At 6.52am, BTSC announced the communications signal problem has been fixed on both routes. But at 7.18am it announced that the Silom line had developed signal problems again and trains could be delayed by 10 minutes.

On Monday, a problem related to interference in communications signals caused delays in many routes during the morning rush hour, prompting large crowds at all stations.

Anat Arbhabhirama, director and adviser of BTSC, said on Monday that the problem has been caused by radio frequency interference, especially at the busy Siam station.

Anat said the overall signalling system will be much more stable later this year when the extended Bearing-Samut Prakan route becomes operational. 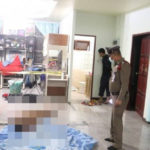 Chaiyaphum man stabbed to death in his bedroom 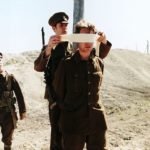