Home » Clothes vendor jumps to her death from expressway

A clothes vendor who was having business problems jumped to her death from the Burapha Withi Expressway early on Thursday, police said.

Bang Na police, who were alerted at 1.15am, said Supatra Pradungkaew, 33, was found dead on the inbound Bang Na-Trat highway kilometre marker No 2 under the Burapha Withi Expressway.

Her Honda car was found parked on the left lane of the expressway.

Her relatives told police that Supatra had a clothes shop inside a shopping mall on the Srinakharin road. On Wednesday night she told her mother she was going out for dinner but did not return home.

An hour before she was found dead, she posted on her Facebook wall that she was tired and would like to rest.

Her relatives said she became depressed after her goods were damaged by floods at the mall and the management of the mall did not offer compensation. 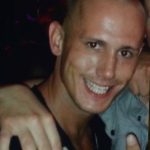