The Mekong Delta province of An Giang will represent Vietnam at the 16th China-ASEAN Expo (CAEXPO 16) to be held in Nanning, China’s Guang xi province, in September this year.

Vice Chairman of the provincial People’s Committee Le Van Nung had a working session on March 26 with a delegation of the Trade Promotion Agency under the Ministry of Industry and Trade on preparations for the national pavilion at the event.

The pavilion will take the theme of “An Giang – Vietnam’s rice granary”, introducing the development of the province towards becoming an economic, cultural and tourist centre of the Mekong Delta.

An Giang plans to hold business conferences and workshops in the framework of CAEXPO 16 in order to gain market information, seek partners, call for investment and promote the province’s brands.

According to deputy director of the Trade Promotion Agency Le Hoang Tai, the 16th CAEXPO will take place from September 20-23 with the attendance of many high-ranking officials of China and ASEAN countries. Firms from China and ASEAN will display their goods at hundreds of pavilions.

CAEXPO has become an important annual gathering for not only Chinese and ASEAN enterprises but also those from other regions. 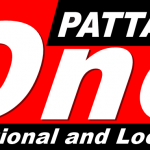 Clothes vendor jumps to her death from expressway

Mark KellyJune 6, 2020June 6, 2020
A Burmese worker was rescued after being forced at gunpoint to work 16 hours per...
END_OF_DOCUMENT_TOKEN_TO_BE_REPLACED