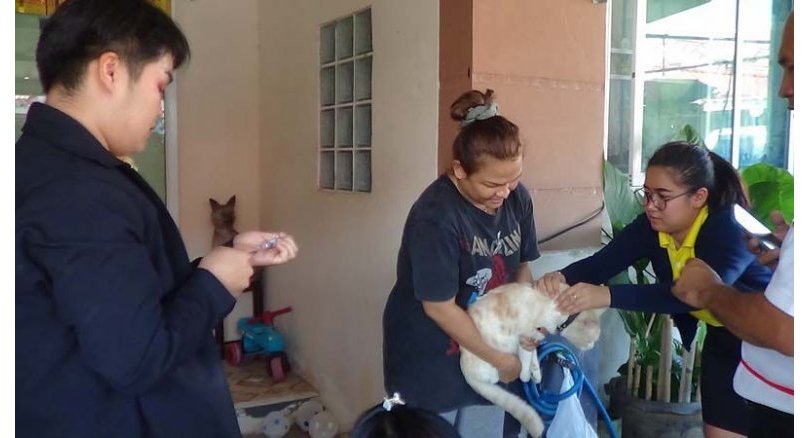 Chon Buri Dogs: Government officials on Wednesday have been giving rabies shots to dogs and cats near a house where a dog died of the disease.

The vet said the vaccines were given to dogs and cats in a 1km radius from the Nirand housing estate in Moo 3 village.

Chetthakrit said a female dog died with suspicious symptoms so its head was cut off and sent for a lab on November 20. The result confirmed rabies on Tuesday.

Chetthakrit said the house has six other dogs and three cats so they would be given special vaccines for four consecutive days. The owner was also told to detain all his pets, Chetthakrit added.

Lion Air jet should have been grounded before fatal flight, Indonesia says