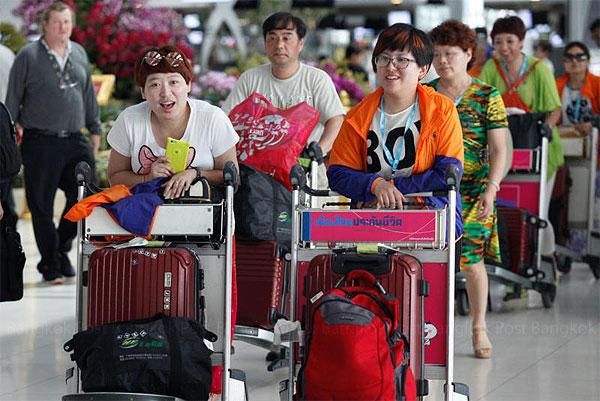 The Phuket boat tragedy had a significant impact on Chinese tourist arrivals in Thailand last month, but immigration officials in the Southeast Asian country are doing all they can to win them back.

The deadly accident on July 5 claimed the lives of 47 Chinese holidaymakers after the boat they were on capsized in bad weather.

While the number of visitors to Thailand in the month was almost unchanged from the same period of 2017, June had seen a 20 per cent rise year on year, according to official Chinese figures.

Online travel agency Lvmama said on Wednesday it had witnessed a lull in bookings.

“Many tourists are taking a wait-and-see approach,” said Li Xiaolian, deputy director of the company’s brand development department. “It’s also still the rainy season, so the weather is uncertain.”

Thailand welcomed about 10 million holidaymakers from mainland China in 2017, or almost a third of all foreign visitors to the country. But after the events of July 5, the Thai tourism ministry said it had revised down its forecast  for the number of Chinese arrivals for the July-December period by nearly 670,000, to 5.1 million.

Meanwhile, five airports in the country – two in Bangkok, plus Chiang Mai, Phuket and Hat Yai – have introduced dedicated lanes, with Mandarin-speaking officials, for Chinese tourists in a bid to speed up the immigration process, Bangkok Post reported.

Local authorities are also considering offering Chinese tourists multiple-entry visas, as at present they have to apply for a new visa for every trip of up to 60 days, the report said.

Cisily Chen, a Beijing-based investment director, said she saw very few Chinese tourists on a recent trip to Phuket with her husband and young son.

“We stayed at the Hilton, which according to the reviews is usually full of Chinese guests, but during our stay there were more people from South Korea and other countries,” she said.

“I felt that we were the only Chinese family during our trip to Phi Phi island and at other activities like watching the boxing show,” she said.

Despite the absence of her countrymen, Chen said that she received a warm welcome at Phuket airport, and the whole immigration process took no more than three minutes.

“There was even an official who spoke Chinese helping me fill in the application forms for the visa … they were very nice,” she said.

Passengers use umbrellas inside train carriage