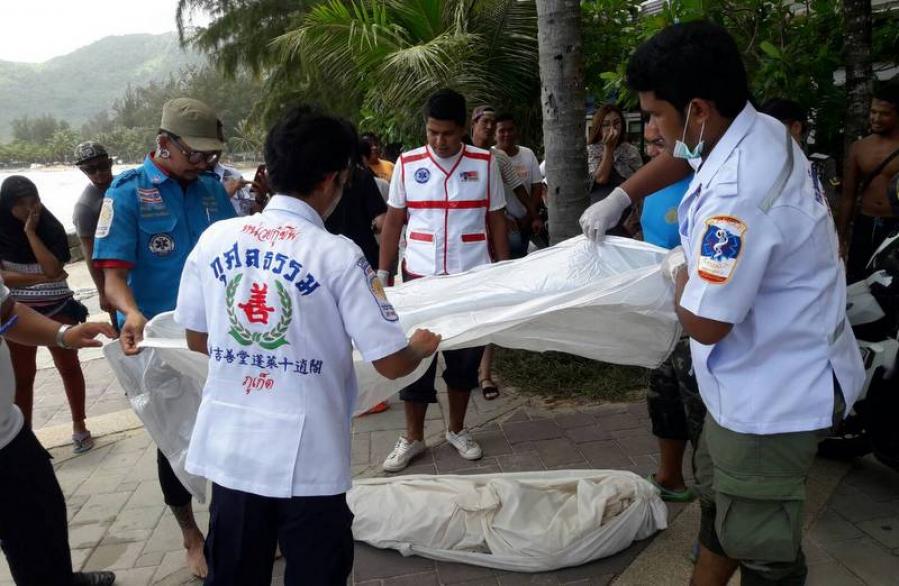 A Chinese tourist was fatally injured after he and three other tourists ignored a red flag banning swimming at Koh Racha in Phuket on Sunday and were swept out to sea by a giant wave.

Lifeguards managed to pull all four tourists from the sea in front of The Racha Hotel on Koh Racha but Zhang Guo Jun, 32, lost consciousness.

Rescuers gave CPR and rushed him on a speedboat to the Phuket’s mainland but he died on the way to Chalong Hospital. His body was later sent for a post mortem at the Vachira Phuket Hospital.