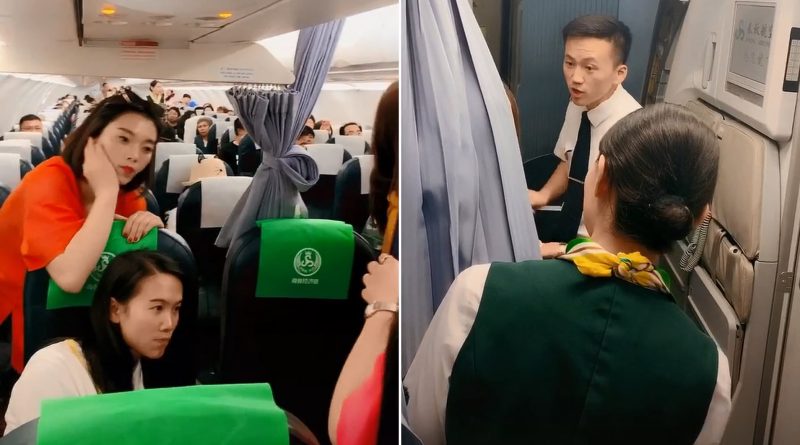 A plane was delayed for over 30 minutes at Suvarnabhumi International Airport caused by a Chinese mom who decided to lay in front of the jet bridge connecting to the plane. Other passengers could not enter the plane as it was blocked by the woman waiting for her daughter to finish shopping in the Duty Free section of Suvarnabhumi Airport.

A Chinese Passenger on flight 9 C 8892 Spring Airlines flying from Suvarnabhumi Airport in Thailand to Shanghai China caused the flight to delay for over 30 minutes to wait for her daughter who was still shopping in the Duty Free section of the airport.

The news went viral worldwide when Spring Airlines, a low-cost airline flight was delayed for over 30 minutes. The delay was caused by a Chinese mom who decided to lay in front of the Jet Bridge to block the other passengers from entering the plane. The mother didn’t listen to the flight attendants or the other passengers travelling in the same flight as her and insisted that the whole plane must wait for her daughter who was still shopping in the Duty Free.

This video shows a flight attendant trying to explain the situation to the other 160 passengers on the plane to why the plane was delayed. The picture also shows a women sitting on the ground in front of the jet bridge with an official trying to talk to her.

Spring Airlines came out and reported that the incident happened as it was told online. The women kept stepping in the way of the crew whose job was supposed to close and secure the plane door. She claimed that her daughter had received permission from the airport police to delay the flight because her personal belongings were still on the plane.