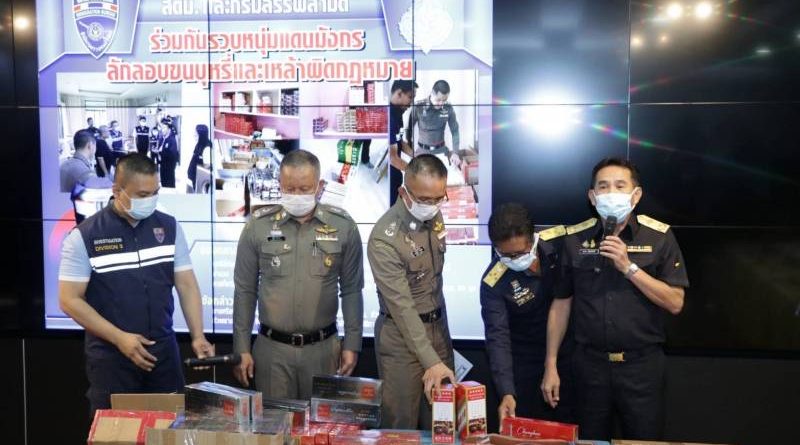 A Chinese man has been arrested with illicit cigarettes and whiskey that was smuggled into Thailand. Police Major General from the Immigration police reported the arrest of Yuanlin, a Chinese man. Officials searched a home in Bang Phli District, Samut Prakan Province. Yuanlin admitted that he was the owner of such home. Inside officials found an impressive stack of illicit cigarettes and whiskey. There were 770 cartons of Chinese cigarettes with no stamps. 6 receipt notebooks for the sale of cigarettes. 18 bottles of Nei Bu Zhuang Gong brand Whiskey with no stamps.  540 empty whiskey bottles ready to be filled. 100 whiskey label stickers and 80 empty bags for the bottles. All the evidence was kept in the living room of the home.

Officials noticed that the cigarettes and whiskey had no excise stamps to indicate the duty has been paid for such tobacco and alcoholic products. When asked for evidence that can prove the product was legally imported into the Kingdom Yuanlin had no documents to prove such claims. The Chinese man has been arrested and is waiting for prosecution.

The Finance Ministry plans to delay a double increase in the tax on cigarettes until October 2021 to 40%, a fixed tax rate. Thailand currently bases the tax as 20% for cigarettes with a retail price lower than 60 THB and 40% for cigarettes with a retail price higher than 60 THB. Philip Morris published on their website stating that the illegal tobacco trade is a global issue that connects to big issues such as crime and terrorism. The current average for illicit cigarettes is 1 out of 10. The trade costs government’s damage of up to 50 Billion USD. The company is working with partners both in public and private sectors to help find a solution through PMI Impact, an initiative to fund different projects around the world against the illicit tobacco trade. 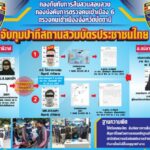 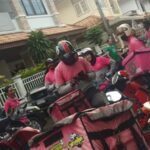 Foodpanda hunts for man in Phuket behind expensive prank