Home » Children among at least 46 killed 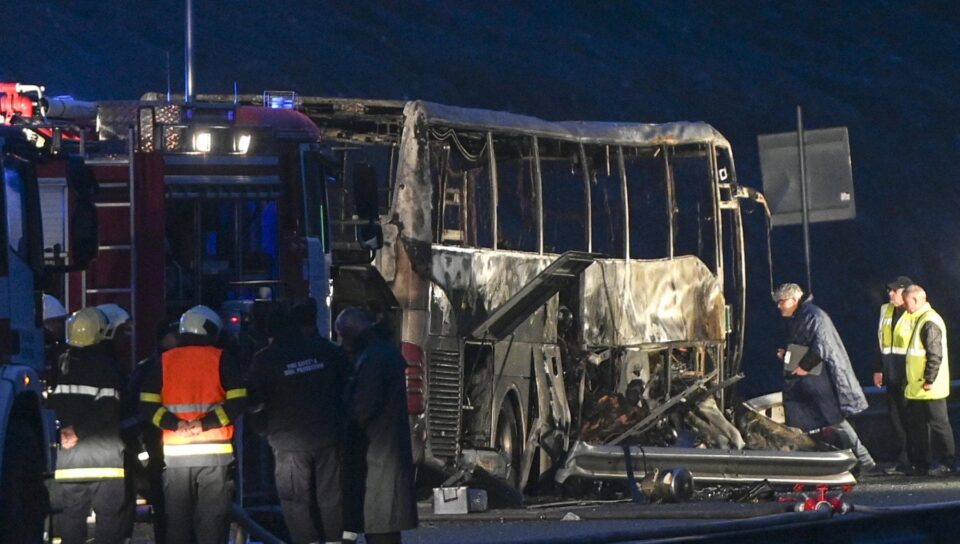 At least 46 people, including 12 children, died when a bus crashed and caught fire in western Bulgaria, officials say.

The bus was registered in North Macedonia and most of those on board were tourists returning from a trip to Istanbul in Turkey.

It rammed a crash barrier on a motorway south-west of the capital Sofia at about 02:00 local time (00:00 GMT).

Seven people escaped from the bus and were taken to hospital with burns.

The cause of the disaster was not immediately clear. Bulgarian officials described how the bus swerved off the motorway and tore away a 50m (164ft) section of the crash barrier, but it was unclear if that was before or after it caught fire.

Pictures of the aftermath showed a section of the road where the barrier had been shorn off. No other vehicles were involved in the accident.

The mayor of the nearby village of Pernik said the motorway was in poor condition on that section and there were often accidents in the area.

Macedonian Foreign Minister Bujar Osmani told reporters the coach party had been returning to the capital Skopje from a weekend holiday trip to Istanbul.

Bulgarian media said the bus had been travelling as part of a convoy of four buses and had stopped off at a petrol station near Sofia about an hour before the accident. The other buses returned to North Macedonia safely.

The victims have not yet been officially named, but officials said they included children, and young people aged between 20 and 30.

Macedonian TV channel Alsat released a list of names it said were passengers on the bus. Comments by Albania’s foreign minister indicate that most, if not all, the passengers were ethnic-Albanians from North Macedonia.

Earlier, Macedonian Prime Minister Zoran Zaev said he had spoken to one of the survivors, who told him that passengers were asleep when the sound of an explosion woke them.

“He and the other six survivors broke the windows of the bus and managed to escape and save themselves,” Mr Zaev told reporters.

The bus belonged to Besa Trans, a travel company that organises trips in Europe.

Within hours of the crash, relatives of people who travelled to Turkey with Besa Trans last week gathered outside the firm’s office in Skopje, anxiously looking for information.

Dzelal Bakiu told reporters in the Macedonian capital he was concerned for his nephew and had not heard from him since learning of the crash. He tried to contact the travel agency but had not been able to get any information.

“Let’s hope we learn lessons from this tragic incident and we can prevent such incidents in the future,” he told reporters as he visited the crash site.

The area around the site of Tuesday’s incident on the Struma motorway has now been sealed off. Footage from the scene shows the charred vehicle, gutted by the fire.

Investigative service chief Borislav Sarafov said “human error by the driver or a technical malfunction are the two initial versions for the accident”. 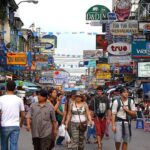 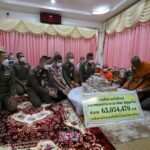