Publishing literally thousands of videos every week and getting more than a billion views per month on sites like Facebook, LADbible makes the process of finding the next hit clip look easy.

But it’s really not…

When we researched our BBC documentary, How to Go Viral, it soon became obvious that what looks like a sure-fire video can be a damp squib. Whereas something overlooked, quirky and unfancied can grab millions of views in hours.

Just what is it about goats collapsing over a fence that suddenly captures the world’s imagination? Or a man dragging a child by the hood through the airport like a piece of towed baggage? Is there any method to the viral madness?

I think there is. Having watched lots of videos, so here are our rules for what I think helps a video go viral.

Stuff can go viral and it’s happening faster today than ever before, but actually it’s been happening for thousands of years ever since our prehistoric ancestors started to paint symbols on cave walls. How else would we end up sharing languages and how else would good ideas like the internet catch on? 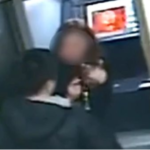 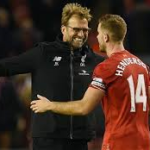