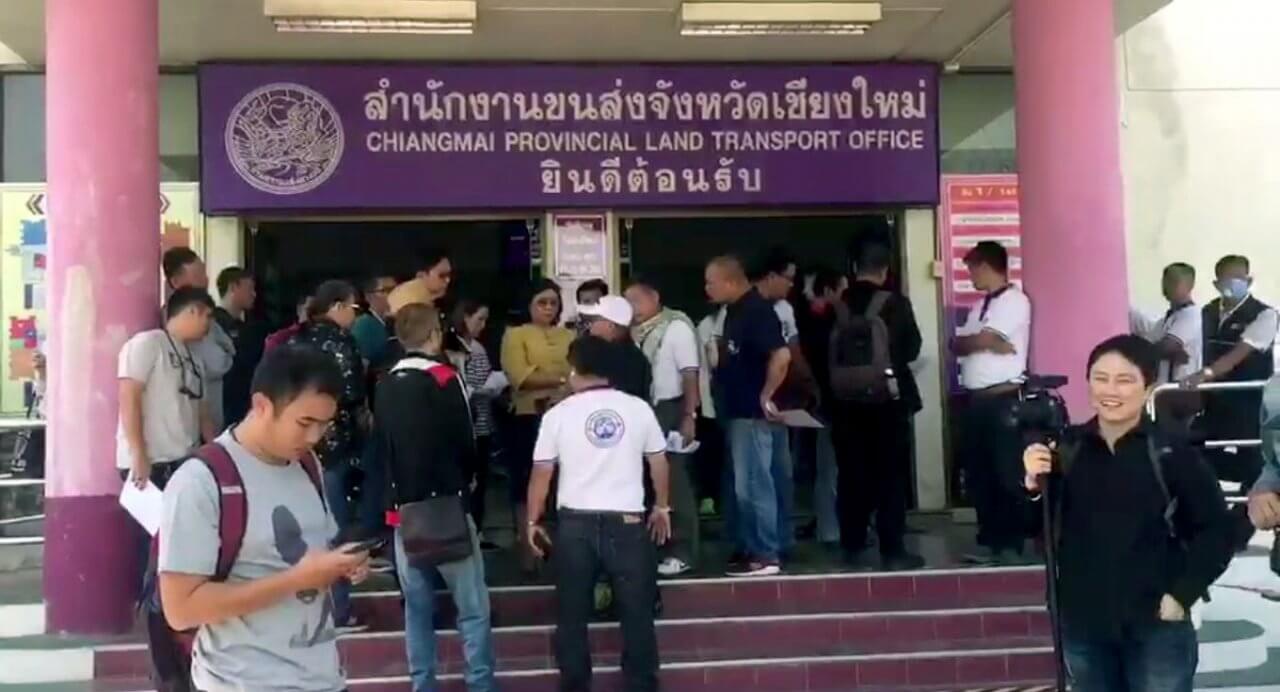 Some 50 representatives of Chiang Mai’s public transport van association on Monday showed up at the provincial transport office, calling for sympathy and help by either cancelling the requirement for public transport vans to be installed with speed-detecting GPS devices or increasing the current 90 kilometres/hour speed limit to 110km/h.

The move comes after many of the association’s members have been hit with traffic tickets – resulting in them paying thousands of baht in fines per month – for exceeding the speed limit, while some have also had their vehicle-tax renewal rights suspended due to the offence, Soros said.

Soros explained that with many of the northern region’s roads mountainous, many uphill sections required the use of a higher speed of about 100-110km/h for about one or two minutes, in order to overtake other vehicles, and that such instances occurred several times a day during a driver’s journeys.

As the provincial transport office combined the times that a van accelerated beyond the speed limit, and issued tickets demanding that the driver pay a Bt1,000 penalty for each occasion, this resulted in some of them having to come up with at least Bt4,000 a month, the association chief explained.

Van drivers were continuing to shoulder the fine for driving beyond 90km/h, as they still had to violate the speed limit to get past slower-moving vehicles, he said.

“Please be sympathetic with public transport van drivers, as we’re also part of the tourism business providing services to tourists as well as the general public. With such a speed limit imposed, we have to carry this traffic-fine burden every month, meaning we might be [put ] out of business,” he said, adding that driving at less than 90km/h added to travelling time, and made the drivers exhausted and sleepy due to the longer period that they had to spend behind the wheel.

Pannee said she would table the association’s petition to the Land Transport Department with a view to discussing appropriate solutions at a later date.