Wolverhampton Wanderers are the odd team out tonight as a group of Premier League basement battlers face off. Missing are Fulham and Southampton, who have their own basement battle tomorrow, and Crystal Palace who face Manchester United. Newcastle and Burnley are on the up and both teams will be looking to push on in their battle. But Everton, Leicester, and Brighton are on the crest of a slump.

Throughout his managerial career Cardiff boss, Neil Warnock has never lost a home game to Everton. It’s played three, won one and drawn two. He drew with Notts County and Sheffield United and won with Leeds United. He’ll be hoping to at least keep that record intact against Everton who remain in free-fall with four losses in their last five games.

Lee Peltier has an illness and a 75% chance of playing as does Víctor Camarasa’s with his calf injury. Striker Oumar Niasse is Ineligible to face parent club.

Kurt Zouma misses out through suspension after collecting seven yellow cards and Yerry Minah has a foot injury but a 75% chance of playing.

Huddersfield’s one away win this season came at Wolves back in November. Since then they’ve lost 13 and drawn one league game.

Tommy Smith is suspended following his red card at Newcastle. Isaac Mbenza has a calf injury and is not expected until March 9th. Adama Diakhaby has a hamstring injury, his return date is unknown, and the same applies to Danny Williams who lacks fitness. Abdelhamid Sabiri also lacks fitness but has a 75% chance of playing.

No suspensions or injury concerns.

Two teams also in major free fall with current form putting Brighton in 18th place and Leicester in 19th. Leicester have now parted company with Claude Puel and will be looking for a positive response especially from Jamie  Vardy. He’s only scored two at home all season and punched a door in frustration after the Palace game on Saturday.

Marc Albrighton could be out for the rest of the season with his hamstring injury and Daniel Amartey’s leg injury means he should no be available until March 2nd.

Lewis Dunk, José Heriberto Izquierdo Mena, Max Sanders, Glenn Murray, and Jürgen Locadia all have a 75% chance of playing. Leon Balogun is out with a knock and his return date is unknown whilst Florin Andone is suspended.

Both teams are heading in the right direction with Burnley looking very much like the Burnley of old with Tom Heaton back between the sticks. Ashley Barnes and Chris Wood are firing up front and the whole Burnley unit looks so much better compared to the early season Europa League hungover Burnley.

Ciaran Clark and Rob Elliott are still out with unknown return dates.

Jonathan Walters could be back at the end of March whilst the return dates for Aaron Lennon and Steven Defour are unknown. 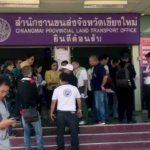