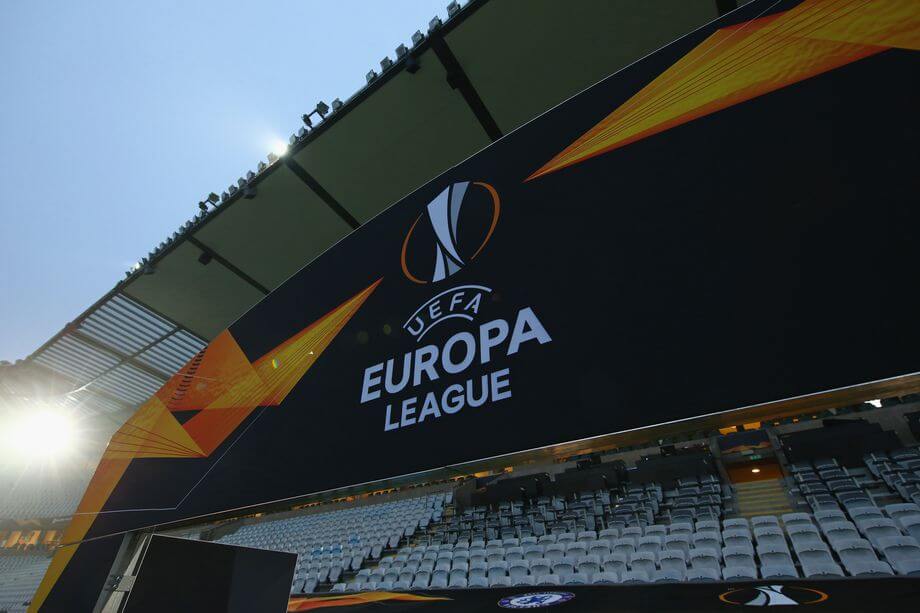 After their Etihad mauling Chelsea faced a difficult task away to Swedish side Malmö who are currently out of their league season which usually starts towards the end of March and runs through until November. Last season they finished third in Sweden’s Allsvenskan League.

From City’s starting 11 N’Golo Kante, Antonio Rudiger, Eden Hazard, and Gonzalo Higuaín all dropped down to the bench whilst Marcos Alonso didn’t make the trip. In came Andreas Christensen, Emerson, Mateo Kovačič, Willian, and  Olivier Giroud. The under-pressure Jorginho kept his place but perhaps that’s a sign that Sarri will listen to public opinion and rest him for the big FA Cup game against Manchester United Monday night.

Chelsea, obviously with thoughts about what happened at Bournemouth and Manchester City on the road, were cautious in their approach but did take the lead after 30 minutes. Pedro managed to find  Ross Barkley, in space inside the Malmö penalty box, and he found the net. Twenty eight minutes later Olivier Giroud scored, as he often does at this level, with a clever backheel. 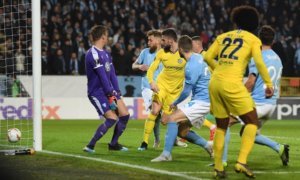 Pattaya One. Olivier Giroud backheel’s Chelsea’s second.Ten minutes from time Malmö’s Anders Christiansen’s pulled one back for the home team which might make things interesting for the second leg next week.

Over in Belarus at the Borisov Arena (Barysaw) Bate’s Yevgeniy Berezkin scored the only goal of the game in the 45th minute. Arsenal, who can’t seem to break into the Premier League top four, might find winning this trophy as the only way for them to qualify for Champions League football next season. But they came away without the luxury of an away goal and with the knowledge that Alexandre Lacazette will miss the second leg after his 85th minute red card.

Goals for Denis Cheryshev and Ruben Sobrino, on 42 and 49 minutes, settled this tie for Valencia and left Celtic with a mountain to climb a the Mestalla Stadium next week. Celtic, who before today were unbeaten this year, were not given much chance by their Spanish opponents who dominated most of the match.

Napoli, managed by former Chelsea boss Carlo Ancelotti, look to have booked their passage to the last 16 already with a fine win 3-1 win in Switzerland last night. Napoli’s old boss, Chelsea’s Maurizio Sarri, might be looking closely at the last 16 draw should his team his team manage to see off Malmö next week. A Chelsea v Napoli might not be exactly what he needs right now!

Update: What to Wear in Thailand: Respecting the Culture, Keeping Cool & Practical Clothing