Chelsea Put Problems Behind Them With Victory Over Spurs

Chelsea, in their first Premier League battle since their brutal destruction by Manchester City, put their problems behind them and bounced back in style. Pedro put them on the way in the 57th minute and an own goal by Kieran Trippier put the game beyond Spurs reach.

Of the top six only Spurs cracked but they did have the toughest job at Chelsea where manager Maurizio Sarri decided to change his keeper. Wilfredo Caballero, an innocent bystander in Sunday’s will he or won’t he get off the pitch, replaced Kepa Arrizabalaga who stayed on the pitch and subsequently lost a weeks wages.

On 57 minutes Pedro took a pass from Cesar Azpilicueta down Chelsea’s right and at pace cut inside Spurs box. His left foot shot didn’t look to have that much power and Spurs keeper Hugo Lloris will have been disappointed to let that squeeze past him. For Sarri that goal could have saved him his job.

On 84 minutes Lloris came out to the edge of his box to try and collect a ball from Kieran Trippier but somehow the pair of them had their wires crossed. Trippier’s pass caught Lloris completely off guard and ended up in the back of the net.

Man of the match: Pedro 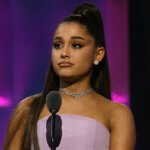 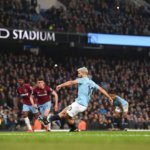