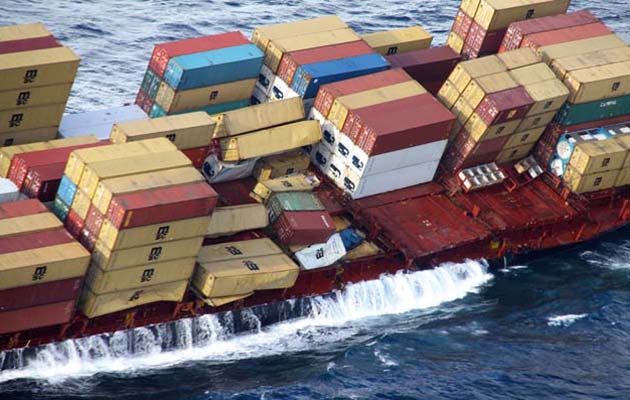 The Trang Harbour Office said the operation to retrieve 16 containers that fell off a cargo ship in the sea off Trang province would resume on Monday.

Commander Chatkul Wanitchanat, director of the Trang Harbour Office, said the operator of the MV.NP Love Gistic 2 ship could not find a crane on the barge to pull the containers out of the sea hence fishing boats would be used to tow them instead.

But the operation would have to be wait until Monday when the rough seas caused by strong monsoon are expected to return to normal.

When it was in the sea between Koh Lao Liang and Koh Takian in Trang’s Paliang district, its rudder system malfunctioned causing it to go adrift. The ship tilted when it was hit by giant waves, toppling the 16 containers into the sea.

Seven containers were later found washed ashore on Koh Sukorn in Paliang while another container ruptured and sank. The others were still floating in the seas.

Chatkul said officials had marked the location of the sunk container with buoys to retrieve it later.

He said fishing boats would be used to tow the containers to the nearest piers for the cargo ship to pick them up later. The entire operation would be completed no later than July 26, he added. 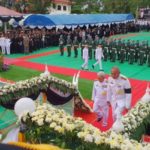