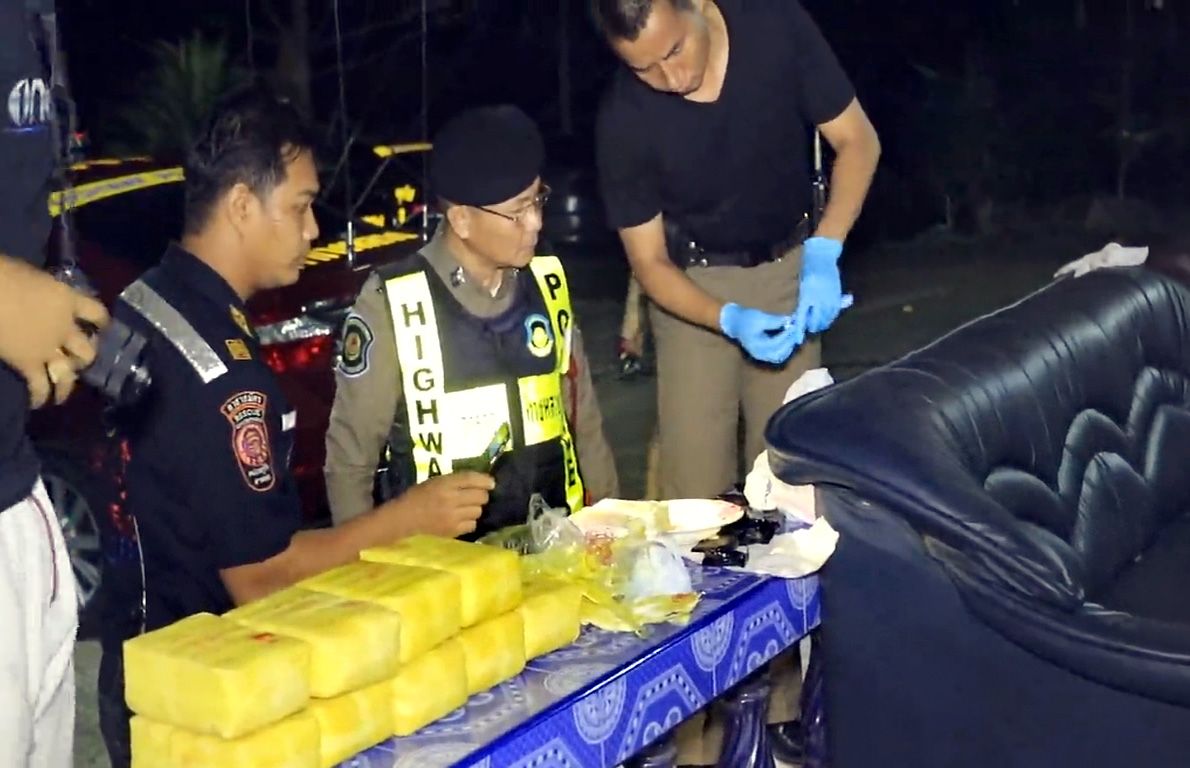 Car Chase: A car with 100,000 methamphetamine pills hidden under the back seat blew through a red light and a police checkpoint in Chumphon early Wednesday before ending up in a ditch.

The two male occupants fled on foot after ditching their ride in the middle of Phetkasem Road in Tha Sae district following a chase by police.

Officers Wimol Kaewchu and Kasem Udomsilp gave chase after the Honda with a Bangkok licence plate ran through the red light at the Na Kadan intersection in Na Kadan district at 3am. 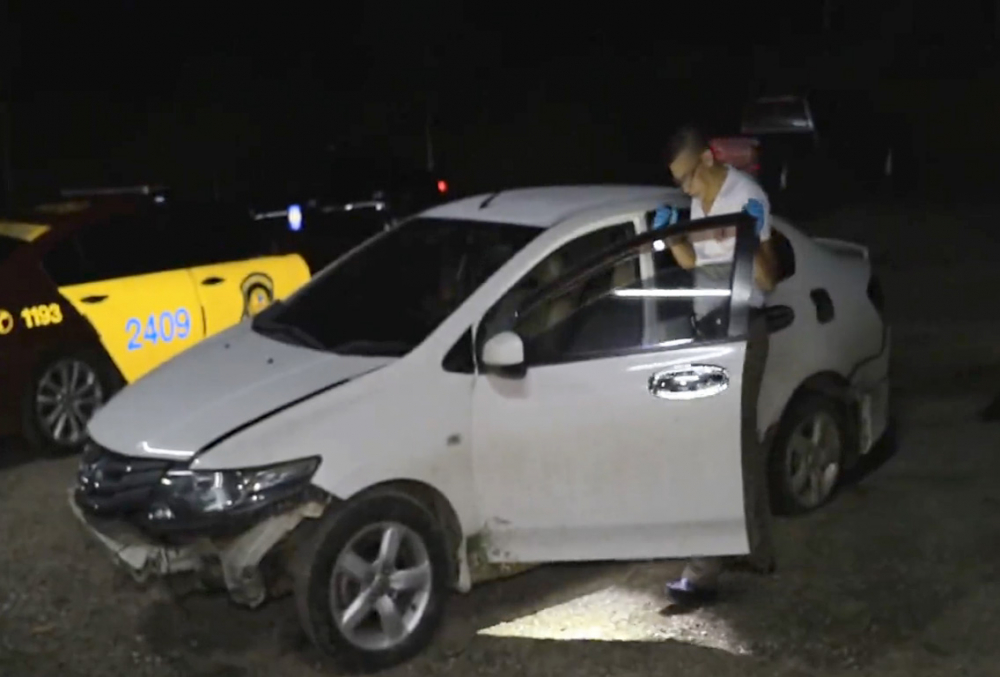 The Honda kept going even after encountering the police roadblock at the Pathomporn intersection where only one lane was open.

It ploughed down a closed lane, but swerved out of control as the driver attempted to change lanes again.

Police saw two men exit the car and run into a dark alley, where they disappeared.

Along with the meth pills, police found a driver’s licence and ID card belonging to Saensuree Buadkhunthod, 32, of Nakhon Ratchasima, and a bank passbook. He is to be summoned for questioning.