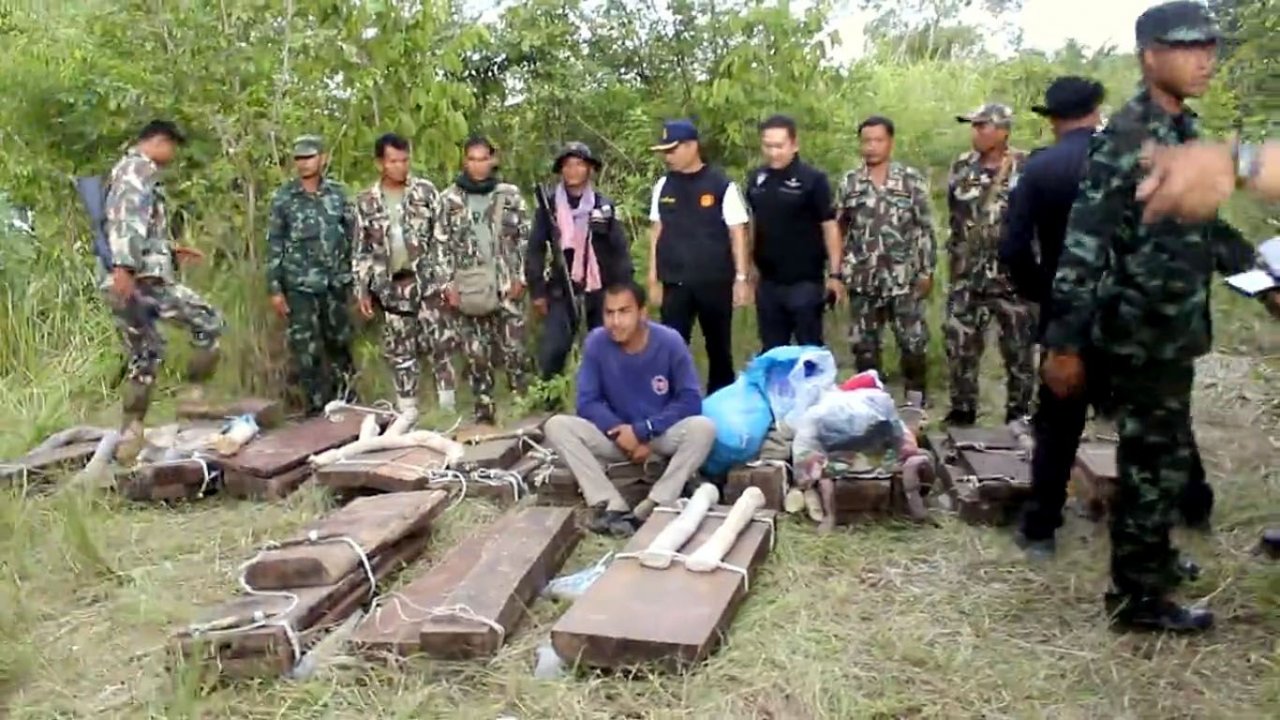 The suspect, Pin Ru, 27, from Battambang province was arrested by a forestry patrol inside the Thap Lan National Park in Ban Map Krad in Tambon Ban Mai at 9:30am on Tuesday.

The officials said they saw men carrying bags from the forest. The men left the bags and fled inside the forest but Pin Ru was arrested before he could flee.

Officials found 48 pieces of Siamese rosewood wood in the bags.

The suspect allegedly said he and around 30 other Cambodians were led by two Thais to the spot to cut down the prized trees. 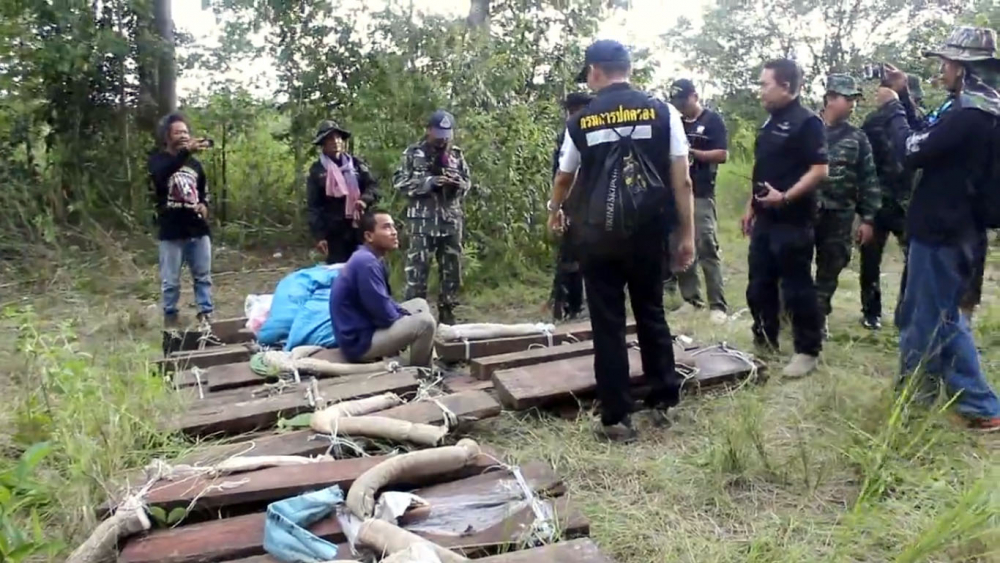 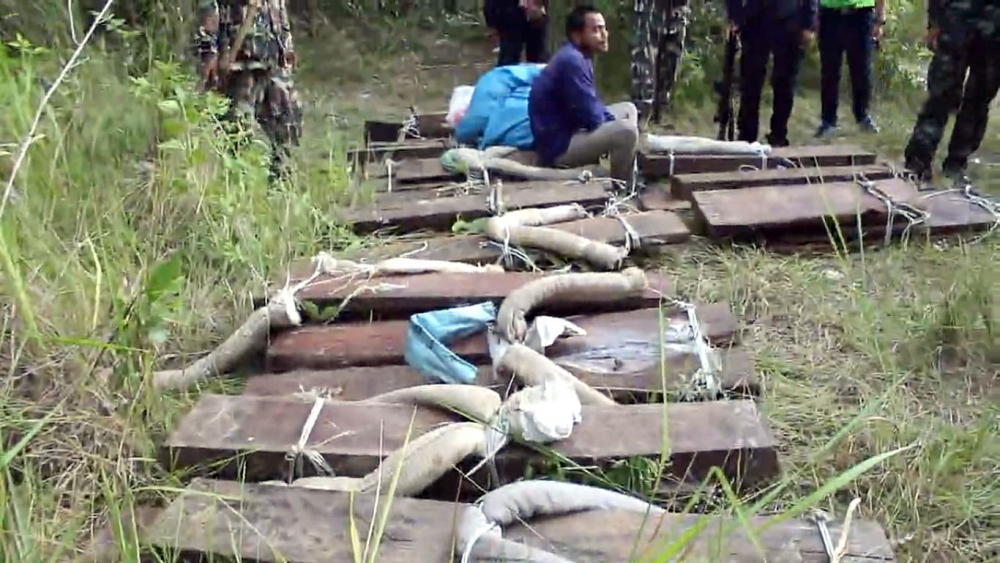