The six suspects arrested at Siam Skytrain station on Friday were identified as Yop Lee, Kong Sinat, Ry Kanam, Phat Sraroyh and Muon Mom, ranging in age from to 25 to 31, and a 17-year-old girl whose name was withheld due to her age. 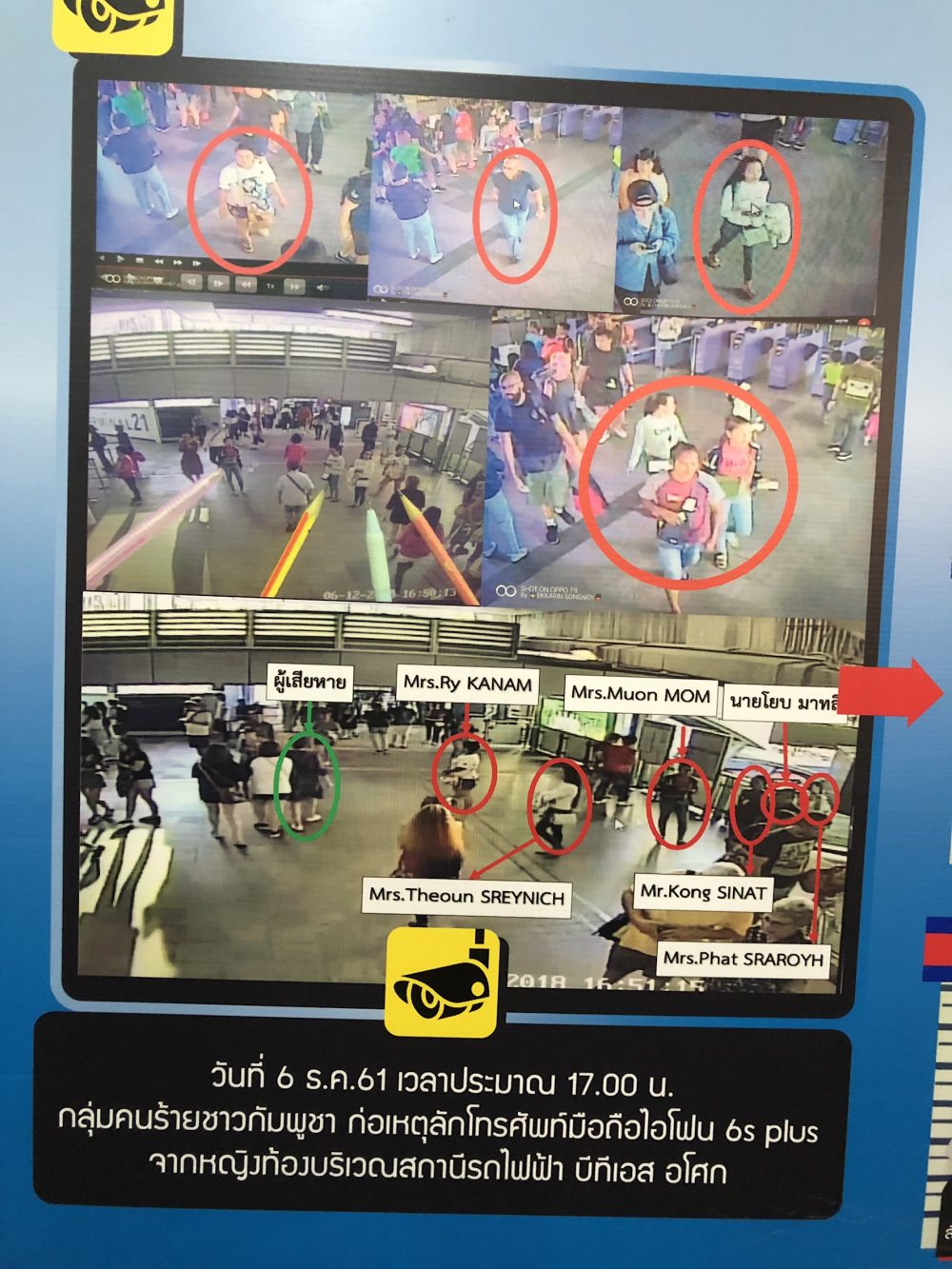 Surachate said the gang entered Thailand at Sa Kaew and in the capital picked pockets at tourist attractions, shopping malls and BTS stations. Foreigners were their chief victims, although it was a Thai who tipped off police, leading to the arrests. The Thai woman was robbed of her iPhone on Thursday.

Citizen attacked by Cobra in a police station.