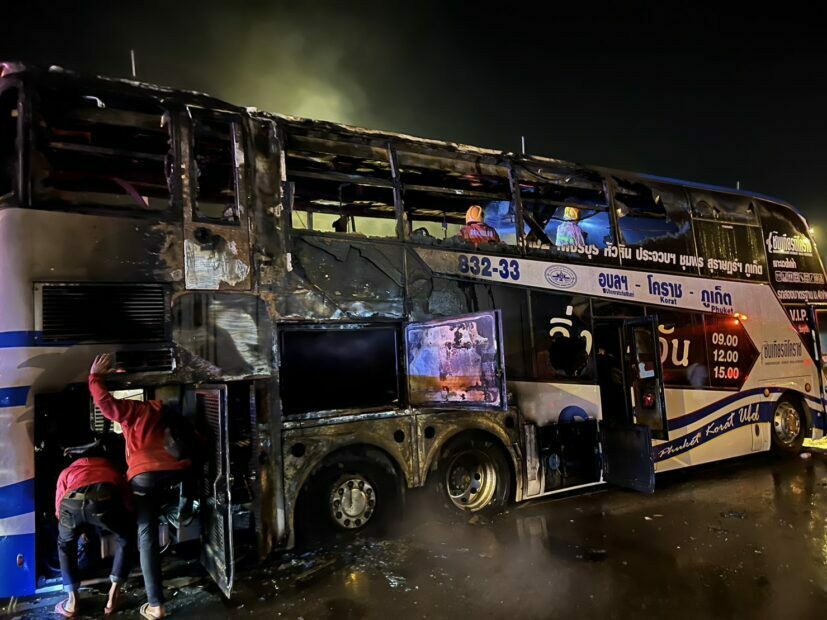 About 21 passengers ran for their lives after a tire of a tour bus on the Ratchathani-Phuket route reportedly exploded on Rama 2 road in the early hours of Friday morning, October 21st, causing the bus to catch on fire.

Officials from the Yi San sub-district Police Station and firefighters arrived at the scene in the Amphawa district of Samut Songkram province around 4:30 A.M. after being notified of the explosion incident. Upon arrival, dozens of passengers were seen fleeing from the vehicle as an NGV gas tank was engulfed in flames under the bus.

Firefighters spent about 45 minutes to extinguish the fire. No injuries and deaths were reported.

Bus driver Prasert Siripru, 59, told the officials that he was driving from Ubon Ratchathani and heading to Phuket at the time of the accident, carrying 21 passengers. Most of them were sleeping. While driving, the right rear tire reportedly exploded, so he immediately parked the bus on the side of the road and checked the tire.

But, a fire started burning around the rear wheel and spread quickly. Prasert then hurriedly told all passengers to rush out of the bus before calling police and firefighters. The cause of the fire is under investigation. 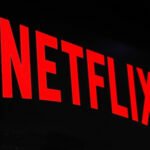 Netflix will no longer allow you to share passwords for free 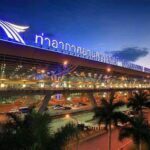